Like many performers of international heritage, Italian-Brazilian actress Morena Baccarin found herself frequently cast as exotic figures rather than real people; she was an interstellar courtesan on Joss Whedon's "Serenity" (Fox, 2002) and alluring but deadly aliens on "Stargate SG-1" (Showtime/SyFy, 2001-07) and "V" (ABC, 2009-2011). These and other similar roles gave Baccarin a fan base built primarily around her physical appeal, but after nearly a decade of hard work in episodic television, the actress landed her breakout role as a POW's wife on "Homeland" (Showtime, 2011- ). The critically acclaimed drama offered a stellar display of Baccarin's acting ability in her difficult role as a woman who, after having grieved and moved on following the death of her soldier husband, was faced with rebuilding her life again after his rescue from an Al Qaeda prison. The critical acclaim that followed her sympathetic turn was ample proof that Morena Baccarin's best work was yet to be seen. (Source: www.rottentomatoes.com)

Morena Baccarin was born in Rio de Janeiro, Brazil, to actress Vera Setta and journalist Fernando Baccarin. Her uncle was actor Ivan Setta. She is of Italian as well as Lebanese and Portuguese/Brazilian descent. She moved to New York at the age of ten, when her father was transferred there. She attended the LaGuardia High School of Music and Performing Arts and then the Juilliard School. Staying in New York she, worked in the theater - notably in the Central Park production of Anton Chekhov's "The Seagull" where she was also Natalie Portman's understudy - and appeared in several movies. After making Roger Dodger (2002) she moved to Los Angeles where she came to the attention of Joss Whedon who cast her in his short-lived cult sci-fi show Firefly (2002). Since then she has rarely been off our TV screens. (Source: www.amazon.com)

Morena Baccarin (born June 2, 1979, height 5' 7½" (1,71 m)) is a Brazilian-born American actress most widely known for roles in several American science fiction television shows: as Inara Serra in the series Firefly; as Adria in the series Stargate SG-1; and as Anna in the 2009 version of the series V. Baccarin was born in Rio de Janeiro, Brazil. Her mother is Brazilian stage and TV actress Vera Setta, and her father is Italian journalist Fernando Baccarin. When she was 7, Baccarin moved with her family to Greenwich Village, New York, as her father was transferred to Globo TV's headquarters in the United States, working as editor. Baccarin attended Public School 41 and New York City Lab School for Collaborative Studies, where she and Claire Danes were classmates. She later attended the Fiorello H. LaGuardia High School of Music (Source: www.empireonline.com) 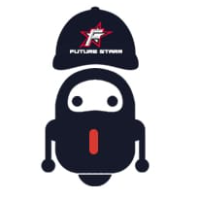