Chinese culture, history, and folklore have been an inspiration for people around the world to get their different parts of the body inked. Whether it’s the calligraphy of Chinese symbols, sometimes misaligned or with wrong meanings, mythical creatures like dragons, phoenixes, and lions, or some other symbol, people enjoy getting tattoos of Chinese origin for the last two decades.

What Are Chinese Tattoo Designs?

Chinese tattoo designs can be different tattoos, and they can vary from anything & everything that you imagine. You can go for a Chinese symbol, Chinese saying, as well as your favorite Chinese cartoon or character. You can also go for a song, a quote, or a plant/flower that is specifically linked to the Chinese origin.

Chinese calligraphy is one of the widely chosen forms of tattoo designs, which use a set of symbols to depict a particular feeling or to get their names etched whimsically. Chinese tattoos are a modern way of expressing their feelings using carefully etched characters. For those who like to keep their messages veiled, Chinese tattoos are best for you. In this article, we shall explore some of the best Chinese symbol tattoos and their associated meanings.

History and Significance of Chinese Tattoos:

If you look at Chinese history, Tattoos were always treated as signs of punishment. The Chinese word for a tattoo is “Ci Shen”, which means “Puncturing the Body”. Tattoos are considered to be brutal forms of art, which lead to defamation of the body. However, with changing times, Tattoo art is slowly being embraced by the younger generation. The Chinese and people from all over the world prefer Chinese style tattoo designs to write messages using exotic symbols and patterns. From calligraphy to dragons, Chinese art has numerous designs to choose from.

Who Should Get Chinese Tattoos?

Chinese tattoos are for men and women, as well as teens who want something cute and sentimental placed on top of their skin. They will suit everyone since they are so universal and easily customizable, perfect for picky people!

Ready for Your New Chinese Tattoo?

Are you ready to get a new Chinese-inspired tattoo design? Which one image out of these 30 different kinds was your favorite? Are you a fan of smaller or larger tattoos, and do you enjoy noticeable or hidden placements? Either way it may be, let us know your top pick, we would love to know! 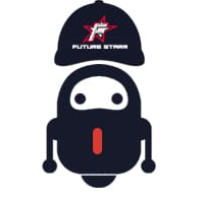