The original site for the capitol of Georgia was built in 1734 by an English man named James Oglethorpe. The Englishman was commissioned by King George II of England to prevent the Spanish from expanding to the North American colonies. In addition to establishing a colony, Oglethorpe was charged with creating a town and establishing the civic structure.

“The end of Milledgeville’s era as state capital came in 1867. Briefly in 1867, Congress assumed control of Reconstruction in the South, with Georgia and other Southern states placed again under military authority. Major General John Pope was placed in command of Georgia on April 1, 1867, and shortly afterwards took up his duties in Atlanta. A new constitutional convention was called for the state, and General Pope ordered the convention to assemble in Atlanta, reportedly because of reports that Milledgeville innkeepers had proclaimed that black delegates to the convention would not be welcome in their inns. That convention met in Atlanta from January to March, 1868.” (Source: www.exploregeorgia.org)

The gold-covered capitol dome in the Atlanta skyline signifies that the city is home to Georgia’s state government. That would seem to make sense, as Atlanta is the largest and best-known city in the state, but interestingly, the size of a city has nothing to do with its designation as a state capital. Of Georgia’s five contiguous states, only in South Carolina does the largest city serve as capital. In fact, in only seventeen states is the state capital also the largest city.

Just after Christmas in 1778, Savannah fell to British forces. Georgia’s government fled the city and attempted to reorganize in Augusta, located 127 miles to the north. After the capture of Savannah, British and Tory sympathizers attempted to reinstitute royal government in the city. In January 1779 an attempt was made to convene the revolutionary legislature in Augusta, but representatives from only three counties were present, and thus no quorum could be assembled. A temporary governing executive council was named, but it had to flee later that month as the British arrived in Augusta. The council later returned when the British abandoned the city in February. Other attempts to organize a government in Augusta were made that year, but the revolutionary forces were split into two factions. (Source: www.georgiaencyclopedia.org) 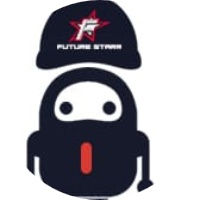