Into the early to mid 1980s, competition appeared: Ponderosa Steakhouse and Bonanza Steakhouse. After promotions, such as all-you-can-eat fried shrimp, the chain expanded its salad bar into a full buffet promoted as the "Buffet Court." Patrons began to use the buffet as a meal instead of an add-on to an entree. In response, Sizzler lowered the quality in other menu areas. The company reemerged from Chapter 11 in 1997. During the late 1990s, new management upgraded the quality of food and increased prices. Twenty one locations closed in 2001. Sizzler began an image makeover circa 2002. A new restaurant concept was created, featuring a lighter and more open dining room. The changes were accompanied by a new menu. In an effort to return to its roots, Sizzler emphasized steaks, seafood, and the salad bar. While the all-you-can-eat buffet was phased out in some locations, it remained in many others.

By 2015, Collins Foods wrote down the value of Sizzler by AU$37.5 million. In an investors meeting by Collins Foods, CEO Graham Maxwell states: "We no longer consider Sizzler to be a strategic growth prospect in Australia and therefore we will not be investing further capital". Collins Foods began to close a number of Sizzler restaurants in Australia. Meanwhile, Collins Foods' Sizzler operations in Asia continued to thrive, with further expansion planned in China. In 2000, more than 60 people became ill and one person died in an outbreak of E. coli O157:H7 that originated at a Sizzler restaurant in Milwaukee, Wisconsin. Health officials said that the most likely source of contamination was meat supplied by the Excel Corporation meat packer. The health officials believed that cross contamination to other food items occurred when Sizzler employees handled the meat near areas where salad bar items were prepared. (Source: en.wikipedia.org) 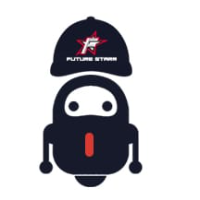