Actress Bitty Schram first attracted attention as the teary-eyed right fielder in "A League Of Their Own" (1992) but landed her most notable role a decade later when she played Tony Shalhoub's feisty sidekick, Sharona Fleming, in the first three seasons of "Monk" (USA Network 2002-09). Born in New York in 1968, Schram attended the University of Maryland on a tennis scholarship, where she studied for a degree in advertising design, before making her on-screen debut as Terry in Paul Mones' crime drama "Fathers & Sons" (1992). In the same year, she was reminded by Tom Hanks that "there's no crying in baseball!" when she played Rockford Peaches' Evelyn Gardner in the comedy-drama "A League Of Their Own" (1992). She subsequently appeared as a pharmacy clerk in the quietly charming romance "The Night We Never Met" (1993). After playing the younger version of Dee Wallace's treasure hunter in the Russian-based children's adventure "My Family Treasure" (1993), Schram was cast as waitress Flo in Dennis Hopper's final big-screen directorial effort "Chasers" (1994), the wife of a "Star Search" reject in erotic thriller "Caught" (1996) and bride-to-be Lauren in romantic comedy flop "The Pallbearer" (1996). Bit parts in family drama "Marvin's Room" (1996), George Clooney's box-office hit "One Fine Day" (1996) and a David Schwimmer vehicle, "Kissing A Fool" (1998), then followed before Schram took the lead as the domineering Hallie Marrs in the creepy psychological thriller "Cleopatra's Second Husband" (1998). Schram's big break arrived in 2002 when she was cast as the unlucky-in-love practical nurse-turned-detective assistant in the light-hearted police procedural series "Monk" (USA Network, 2002-09). The character gradually became a fan favorite and Schram even earned a Golden Globe nomination for her performance in 2004 but halfway through the show's third season, she was replaced by Traylor Howard over a contract dispute. Along with continuing work as a guest actress on various television series, Schram appeared in the Hollywood satire "A-List" (2006) and TV movie "You've Got A Friend" (2007) before reprising her best-loved role in the "Mr. Monk and Sharona" episode of the show's eighth and final season.

MonkIs it lame of me to continue mourning the loss of Bitty Schram, aka Monk's original sidekick, Sharona? Traylor Howard as Natalie just doesn't do it for me (honestly, few things pronounced "trailer" thrill me.) The tears she wept when she found out Monk had disappeared were so annoying. If he had gone missing on Sharona's watch, she wouldn't have called Stottlemeyer weeping. She would have gone out and found Monk herself! Also, I'm a little over the six-fingered man who supposedly killed our OCD hero's wife. I think creator Andy Breckman watched The Princess Bride one too many times (although it would be cool if the murderer ended up being played by Christopher Guest in the finale). OK, let me stop whining and talk about.

Born in New York City, Schram attended the University of Maryland on a tennis scholarship. She is best known for her role as Adrian Monk's original personal assistant, Sharona Fleming, on the TV series Monk (2002). She is also known for her film debut role as Evelyn Gardner, the sobbing right-fielder who was reminded by Tom Hanks that "There's no crying in baseball!" in Penny Marshall's box-office hit A League of Their Own (1992). Schram followed that success with numerous critically acclaimed films, including Kissing a Fool (1998), with David Schwimmer; One Fine Day (1996), with Michelle Pfeiffer and George Clooney; Marvin's Room (1996), with Meryl Streep and Diane Keaton; The Pallbearer (1996), with Gwyneth Paltrow and Toni Collette; Caught (1996), with Edward James Olmos; Dennis Hopper's Chasers (1994); The Night We Never Met (1993), with Matthew Broderick; Fathers & Sons (1992), with Jeff Goldblum; and Cleopatra's Second Husband (1998). Schram was recently seen in The Sure Hand of God (2004) and in Unconditional Love (2002), with Kathy Bates. Schram is also an accomplished stage actor, having appeared as one of the original cast members of the hit Broadway production of Neil Simon's "Laughter on the 23rd Floor" with Nathan Lane, in the off-Broadway productions of "Blackout" and "One Acts" by Warren Leight; and in regional productions, including "Slow Dance on the Killing Ground."

Elizabeth Natalie "Bitty" Schram is an American stage, TV, and film actor, best known for portraying Sharona Fleming in the American comedy–drama detective TV series ‘Monk.’ A graduate in advertising design from the ‘University of Maryland,’ Bitty forayed into show business and went on to make her mark in theater, TV programs, and films. Her breakthrough role was that of ‘Evelyn Gardner’ in the Tom Hanks-starrer 1992 American sports comedy–drama blockbuster ‘A League of Their Own.’ She began her TV career in the mid-1990s, and moving on, earned the most remarkable role of her career in the TV series ‘Monk.’ Her brilliant performance as ‘Sharona Fleming,’ a divorced single mother and a licensed vocational nurse, in the series, brought her widespread recognition and earned her a ‘Golden Globe’ nomination. Her stage pursuits include performing in several ‘Broadway,’ ‘Off-Broadway,’ and regional productions. The original ‘Broadway’ production of Neil Simon's play ‘Laughter on the 23rd Floor’ featured her as ‘Helen.’ Over the years, she has appeared in numerous films that have featured some of the biggest names in Hollywood. These include the romantic comedy ‘The Pallbearer,’ starring David Schwimmer and Gwyneth Paltrow, and the drama ‘Marvin's Room,’ starring Meryl Streep and Leonardo DiCaprio. 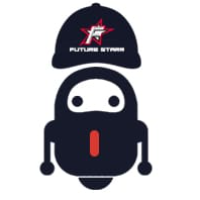