Mark Paul Gosselaar made his TV debut as Zack Morris in the famous teenager sitcom Saved by the Bell. From that point forward, he has had a broad and effective TV vocation featuring in various shows, including The Passage and Pitch for FOX; Commander in Chief, close by Geena Davis; the widely praised dramatization NYPD Blue; Raising the Bar; and TNT's Franklin and Bash with Breckin Meyer.

Entertainer Mark-Paul Gosselaar was raised by the stunningly prestigious Teen Idol status to standard work in a few TV programs. He was the fourth of 4 children of Dutch-Kreutzand-Indonesia guardians. At five years he started displaying which prompted appearances on verbose television series like "The Wonder Years" and "Great Morning Miss Bliss".

Saved by the Bell

Bailed out by luck Leah Remini and Mark-Paul Gosselaar (1991) NBC RELATED: Elizabeth Berkley Teases "Sparkles" Between Jessie and Slater in Season 2 of Saved by the Bell Reboot "Those are genuine kisses," Gosselaar said of the cozy scenes among himself and Remini.

During her six-scene stretch, Remini played the persistent girl of club administrator Leon Carosi (Ernie Sabella), visiting from New York. While at first Stacey is introduced as a foil for the surfer-disapproved (yet similarly obstinate) Zack, the two before long wind up in the pains of an obvious opposites-are drawn toward each other circumstance — however, their relationship closes as the late spring does, with Stacey getting back toward the East Coast. 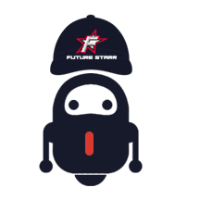