Seen this on your arm yet? Not like any tattoo you've seen on any other person on Earth? It's the tattoo of the woman riding the snake, with its head at her wrist. You might know it as Meroz's sign, or the "mark of Cain" tattoo. The history of the tattoo goes back to the Biblical story of Cain, but it holds symbolic meaning in cultures across the globe.

Its most ancient may be the Taidu, Australia, with a belief that pigs and snakes were sacred and didn't deserve the fire of firestick

55 Inspiring Snake Tattoos for Both Men and Wome

If you want to instantly look cool or badass, one of the first tattoo designs you’ll likely go with is a snake. Featured in art, literature, history, and religion in many different forms, it can represent good and evil, depending on the story behind it. No wonder it’s been a popular choice for centuries, ever since the days people have been getting their skins inked. (Source: inspirationfeed.com)

Animals have always been an integral part of tattoo designs. Several animals are included in different designs all over the world. Snakes like other animals look excellent and foreboding when inked upon your body. Realistic looking snake tattoos are the most frightening. They require a certain boldness to get done and thus, make it impossible for people to mess with you once you have it. Again you can keep the snake realistic or make it artistic or abstract.

Many people get snake tattoos because they are reptile lovers and not just because the snake looks good. These reptile lovers may also be fans of archery. For these people, this design is perfect. A snake curled around an arrow not only looks daunting but for them includes the two things they love most in the world. Thus it looks great tattooed upon their arms. 6. a Simple Black SnakeA snake curled about your ankle looks best when its coloured and more real looking than artistic. It gives the appearance that its ready to strike and it manages to do just that by striking fear into the hearts of those looking at it! (Source: Tattoo for Girls: 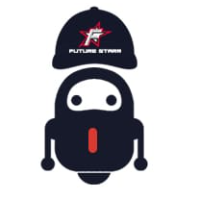