In October 2017, a fire started on Cameron peak.

The Cameron Peak Fire Has Been Contained

The Cameron Fire started on October 13th on some land off of state highway 299 near Cameron Peak. It spread quickly due to some strong winds. The evacuations from some areas have been lifted, but those from other areas are ongoing as of now. The fire has been contained. But, there is the possibility that it will continue to burn for days, weeks, or even months. This comes when the fire season starts to wind down when the weather is too cold to burn.

Approximately 30,000 acres or 10 percent of Rocky Mountain National Park were impacted by the East Troublesome and Cameron Peak Fires of 2020. (Source: www.nps.gov)

Clouds are the only visible sign of the ongoing firework near Cameron Peak. Scattered in the grass are PVC pipes used to carry water in the peak's watershed.

The Cameron Peak fire in 2011, one of the worst fires in Arizona history. It created thousands of acres of uninhabited wilderness when it burned through the region. The fire struck when Arizona’s forest fire suppression capability was the worst. As the fires raged, the Arizona Department of Forestry started to look into developing a flood-resistant. 3D mapping tool that would keep track of the hazardous areas in the wilderness floodplain for the Cameron Peak Fire.

The major current concern for post-fire Cameron Peak visitor safety is the 2,000-foot fire-permeable slope that falls near the beginning of its ascent. And, the approximate location of the original fire. Cameron Peak and the community of Cameron asked for and received a new map from the California Department of Forestry. And, the Fire Protection (CD FFP) showing the fall line with the new slopes primed for fire. The original map was released in September 2016 with vegetation revised in Spring 2018.

The Cameron Peak Fire has Contained

By November 19th. The new slope map of the Thomas Creek Fire shows "Fire Containment" on the new map. The Butternut Fires. 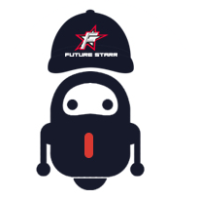