The Sereno was one of the earliest dinosaurs to be discovered and the only known dinosaur to have more than 500 teeth. The Sereno had six rows of serrated and toothy edges and was about the size of a lion and weighing over 20,000 pounds.

As defensive as the Sereno’s could have been used to bite and tear at its prey and as weapons. Although for any use as weapons.

Nigersaurus was a stegosaurus that had 29 teeth and lived over 150 million years ago. It had a whopping 500 teeth, making it an impressive and unique prehistoric predator. And certainly, a worthy specimen enough to be described by paleontologist Peter J. Makovicky. Nigeraurus was an herbivore, so unless it was eating tough plants, its teeth wouldn't have ever had to grow back.

A study page on Sereno's website reads: "Nigersaurus lived in a lush environment alongside the predatory dinosaur suchomimus. The plant eater’s tyrannosaurus and lurdusaurus, and supercroc. (Source: www.thesun.co.uk)

A T. rex may be better known for its deadly appearance and razor-sharp claws. But the biggest-known carnivorous dinosaur packs a substantial bite in terms of its teeth. What’s so impressive about this dinosaur is that it had 500 teeth in its long jaws. The fossil was discovered in 2008 and is now on loan from New Jersey to the Carnegie Museum of Natural History in Pittsburgh.

It was discovered in the rich fossil vertebrate fauna of the Elrhaz Formation in an area called Gadoufaoua, in the Republic of Niger. Fossils of this dinosaur were first described in 1976, but it was only named in 1999 after more complete remains were found and described. (Source: smartclass4kids.com) 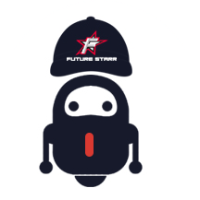