The leaves of a garden plant called Epilobium coloratum are bright orange in autumn, in the autumn leaves of the-unusual-type-of-butterfly who eats the plant.Distinguishing the two natives can be something of a challenge. The most distinct characteristic between E. ciliatum and E. coloratum is the color of the hairs on mature fruit: E. ciliatum is white and E. coloratum is cinnamon-colored, though is quite pale when immature. If mature fruit or hairs are not available some combination of more subtle characteristics may lead to a positive ID:

Purple-leaf Willowherb is a common species found in all manner of wet places from southeastern Minnesota through the central and northern parts of the state. The Minnesota Willowherbs can be split into 2 groups, based on whether leaves are toothed or not. The toothed group includes natives Fringed Willowherb (E. ciliatum) and Purple-leaf Willowherb (E. coloratum). A third species, the non-native Great Hairy Willowherb (E. hirsutum) is not known to be in Minnesota but is present in Wisconsin and may eventually naturalize here; it has much larger, purplish pink flowers with a 4-parted style and leaves are all stalkless and mostly clasping. Names: The genus name, Epilobium, is from 2 Greek words - epi meaning 'upon' and lobos, meaning 'a pod', and refer to the flower and capsule being together - that is, the corolla tube sits on the end of the ovary. The species name, coloratum, means 'colored'. The author name for the plant classification, ‘Biehler’ is for Johann Friedrich Theodor Biehler (1785-1850).

A German botanist, he described a number of species, including E. coloratum, in his main publication of 1807 - PLANTARUM NOVARUM EX HERBARIO SPRENGELII CENTURIAM, SPECIMINIS LOCO INAUGURALIS. Notes: Willowherb, E. coloratum, should be considered indigenous to the Garden. While Eloise Butler did not list the plant on her first Garden inventory in 1907, she noted it in blossom on Aug. 16, 1915. The indigenous species she did list was E. palustre, the Marsh Willowherb, but that is no longer present. Martha Crone reported planting Willowherb in 1947 but did not give a specific species. However on her 1951 census she listed both E. palustre and E. strictum (Downy Willow-herb). She had planted the latter in 1933, but what she planted in 1947 is unknown. E. coloratum is found in the U.S. from the central states eastward to coast and in Canada from Ontario eastward. Within Minnesota, this species is found in about one half of the counties, mostly on the eastern side of the state. Seven species of Willowherb are native to Minnesota, two of those are not widespread. (Source: www.friendsofthewildflowergarden.org) 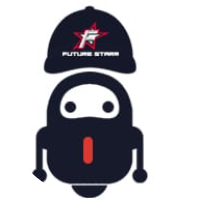