The Trendelenburg position is used in surgery, especially of the abdomen and genitourinary system. It allows better access to the pelvic organs as gravity pulls the intra-abdominal organs away from the pelvis. Evidence does not support its use in hypovolaemic shock, with concerns for negative effects on the lungs and brain.

Most recently, the Reverse Trendelenburg position has been used in minimally invasive glaucoma surgery, also known as MIGS. This position is commonly used for a superior sitting surgeon that uses a combination of downward patient tilt, of approximately 30 to 35 degrees, microscope tilt towards themselves at the same angle and an intraoperative gonio lens or prisms that allows them to visualise the inferior trabecular meshwork. Some joysticking of the globe may be required with an appropriate goniolens to bring the meshwork into view. (Source: en.wikipedia.org)

Background: Because of the increase in intraocular pressure (IOP) that occurs in the Trendelenburg position, patients undergoing surgery in this position may be at risk for postoperative vision loss and other ocular complications. IOPs higher than 21 millimeters of mercury (mmHg) pose a risk for glaucoma, detached retina, and postoperative vision loss. The purpose of this systematic review and meta-analysis is to estimate the magnitude of the increase in IOP in adult patients undergoing surgery in the Trendelenburg position. (Source: ales.amegroups.com) 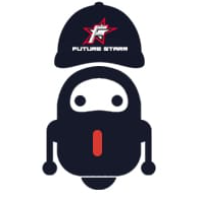