Lead Plant (Amorpha canescens) is a species of flowering plant in the legume family Fabaceae. It is native to the southeastern and south-central regions of the United States.Amorpha canescens prefers full sun but will tolerate part shade. However, it tends to sprawl and produces fewer flowers in partial or deep shade. This hardy plant will thrive in any medium to dry soil, unphased by sand, gravel, loam, or clay. Deep roots, sometimes reaching 15 feet into the earth, enable Lead Plant to survive prairie fires and times of drought. It may die back to the ground after an extremely harsh winter, but will usually recover within a growing season or two. The plant's tough roots made pioneer plowing difficult, causing early Settlers to dub it "Devil's Shoestrings." Other speculative accounts about the common name, Lead Plant, credit the dusty, gray hue of the foliage or an old belief that the plant's presence was an indicator of sub-surface lead ore.

Species of genus Amorpha are legumes. Most legume species harbor beneficial bacteria called rhizobia on their roots. Genus-specific strains of this bacterium called inoculum can aid in the fixation of atmospheric nitrogen and improve long-term health of native plant communities. Inoculum is naturally-occurring in most soils and additional amendment is usually not needed. However, in low fertility soils it may be necessary. Genus-specific strains are available at prairiemoon.com/inoculum.A Prairie Moon • May 10 Hi Dave. I see by your email that you are in IA. It's still early for this upland, dry prairie shrub to come out of dormancy. Lead Plant is a true shrub so it should leaf out from the woody branches, but also look for new growth from the base. It's been a cold spring so late-May or early-June could be when you see this. It was a very tough winter so if last years' branches are brittle and snap off that doesn't necessarily mean the whole plant winter-killed. Again, look for that silvery foliage from the base if there are not noticeable buds on the branches.

Growing your own plants from seed is the most economical way to add natives to your home. Before you get started, one of the most important things to know about the seeds of wild plants is that many have built-in dormancy mechanisms that prevent the seed from germinating. In nature, this prevents a population of plants from germinating all at once, before killing frosts, or in times of drought. To propagate native plants, a gardener must break this dormancy before seed will grow.Each species is different, so be sure to check the GERMINATION CODE listed on the website, in the catalog, or on your seed packet. Then, follow the GERMINATION INSTRUCTIONS prior to planting. Some species don't need any pre-treatment to germinate, but some species have dormancy mechanisms that must be broken before the seed will germinate. Some dormancy can be broken in a few minutes, but some species take months or even years. (Source:www.prairiemoon.com) 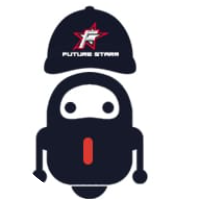