What wars did Robert Capa photograph?

The Falling Soldier 1936 Photograph by Robert Capa "That camera, which I held over my head, just got a man exactly when he was shot. That was presumably the best picture I at any point took." Robert Capa- Robert Capa's "Falling Soldier" picture from the Spanish Civil War stays perhaps the most well-known picture of battle ever. It is likewise quite possibly the most discussed, with a long series of pundits asserting that the photograph, of an officer right now of death, was faked.

Robert Capa made his original photo of the Spanish Civil War while never glancing through his viewfinder. Broadly thought to be extraordinary compared to other battle photos at any point made, and the first to show war zone passing in real life, Capa said in a 1947 radio meeting that he was down and dirty with Republican minute men.

Potentially the most well-known of war photos, this picture is everything except inseparable from the name of its producer, Robert Capa, who was broadcasted in 1938, at the age of 25, "the best conflict photographic artist on the planet" in the British magazine "Picture Post." Taken toward the start of the Spanish Civil War and showing the snapshot of a projectile's effect on a follower officer, this photo has become a token of the medium's unparalleled ability to portray abrupt demise. It is likewise prototypical of the style of photojournalism that came to characterize crafted by Capa and his partners at the image press.

In 2007 the International Center of Photography in New York (established by Capa's sibling, Cornell) acquired "the Mexican bag," lost in France in 1940 with the methodology of the German armed force however found many years after the fact in Mexico City, containing 4500 negatives of the Spanish Civil War by Capa, Gerda Taro, and David 'Chim' Seymour.

In "Shadows of Photography," José Manuel Susperregui, an interchanges teacher at the Universidad del País Vasco, infers that Capa's image was taken not at Cerro Muriano, only north of Córdoba, but rather close to another town, around 35 miles away. Since that area was a long way from the fight lines when Capa was there, Mr. Susperregui said, it implies that "the 'Falling Soldier photograph is organized, similar to all the others in the series taken on that front."

Broadly thought to be a standout amongst other battle photos at any point made, and the first to show front-line demise in real life, Capa said in a 1947 radio meeting that he was down and dirty with Republican minute men. The men would pop over the ground to charge and discharge old rifles at an automatic weapon monitored by troops faithful to Francisco Franco. Each time, the minutemen would get gunned down. During one charge, Capa held his camera over his head and tapped the shade. The outcome is a picture that is brimming with show and development as the shot warrior tumbles in reverse.

In the meeting by New York World message, Capa Talked about how he invested energy with this specific warrior on the Cordoba front. The warrior was apprehensive and anxious moving over the blockades and dropping down to the channel in light of machine gunfire. CAPA followed him during his last endeavor and made the effort. CAPA needed to stand by two additional hours with the dead body before he could get away from the channel in obscurity. In the book Blood and Champion, the life and seasons of Robert Capa, Alex Kershaw examines concealed film of Capa.

(7.5m) sculpture that's now sitting in the middle of Budapest, Hungary, where Capa was born. Attila Nagy of Gizmodo visited the sculpture and snapped some photos of the monstrosity: Here's what the original shot looks like, for reference: The Falling Soldier (Original title: “Loyalist Militiaman at the Moment of Death, Cerro Muriano”). September 5, 1936. Robert Capa. “Dear Mr. Artist, this is just not the way to turn an iconic photograph into sculpture,” Nagy writes at Gizmodo.

CAPA was as great a picture taker as he was a showcasing virtuoso, for he and Taro figured out how to make a character that turned into the authoritative conflict photographic artist of the period. It has been said that "eyewitnesses were interested in the association — or inconsistency — between the self-production of his character and the difficult authenticity of his photos."This atmosphere that he made brought about an altogether further developed gathering of his work by crowds.

The watchers are quite possibly the most indispensable pieces of the mythmaking interaction. Capa says while explicitly discussing The Falling Soldier that "the valued picture is brought into the world in the creative mind of public… who see it." the picture was not officially named The Falling Soldier — it is named as "SPAIN. Córdoba front. Early September 1936. The demise of a follower militiaman."It is basic to feature the job of the watcher in the mythmaking interaction, for it has a fundamental influence that is disregarded by Hedges.

Robert Capa, who was announced in 1938, at the age of 25, "the best conflict photographic artist on the planet" in the British magazine "Picture Post." Taken toward the start of the Spanish Civil War and showing the snapshot of a shot's effect on a follower fighter, this photo has become an image of the medium's unparalleled ability to portray abrupt passing.

The Falling Soldier (full title: Loyalist Militiaman at the Moment of Death, Cerro Muriano, September 7, 1936) is a high-contrast photo by Robert Capa, professed to have been taken on Saturday, September 5, 1936. It was said to portray the demise of a Republican Iberian Federation of Libertarian Youth (FIJL) fighter, during the Battle of Cerro Muriano in the Spanish Civil War. The warrior in the photo was subsequently professed to be the rebel minute man Federico Borrell García.

The result is an image that is full of drama and movement as the shot soldier tumbles backward. In the 1970s, decades after it was published in the French magazine Vu and LIFE, a South African journalist named O.D. Gallagher claimed that Capa had told him the image was staged. But no confirmation was ever presented, and most believe that Capa's is a genuine candid photograph of a Spanish militiaman being shot. Capa's image elevated war photography to a new level long before journalists were formally embedded with combat troops, showing how crucial, if dangerous, it is.

Universidad del País Vasco concludes that Capa's picture was taken not at Cerro Muriano, just north of Córdoba, but near another town, about 35 miles away. Since that location was far from the battle lines when Capa was there, Mr. Susperregui said, it means that “the ‘Falling Soldier photo is staged, as are all the others in the series taken on that front.” 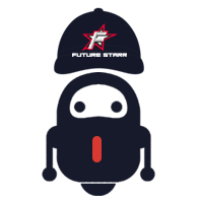