Poppy Drayton is a digital marketing strategist based in the UK, with a background in the study of happiness. She spent the last year's writing, speaking and podcasting about human happiness, personal development and collaborative storytelling in the digital age. Her career is a diary of the confusing, kaleidoscope of social change personal life. From her earliest days back in Cricklewood, to studying for a life sciences degree at Oxford.

Is a British actress. She is known for playing Elizabeth Thatcher in the feature-length Hallmark Channel television pilot of When Calls the Heart, for playing Amberle Elessedil in the MTV fantasy drama series The Shannara Chronicles, and for playing Abigael in the second and third seasons of The CW fantasy drama television series Charmed. In 2013 Drayton was cast in her first major role in the Hallmark Channel television movie pilot for When Calls the Heart, in which she played Elizabeth Thatcher (a role that was taken over by Erin Krakow in the subsequent television series). Drayton graduated from the Arts Educational School in Chiswick (London, England). In 2013 Drayton performed in the 2013 Downton Abbey Christmas special, as the character Madeleine Allsopp alongside Paul Giamatti. The following year Drayton was cast as Amberle Elessedil, one of the lead roles in the MTV fantasy drama series The Shannara Chronicles; the series premiered on 5 January 2016. Drayton has also done stage work, appearing in The Green Bay Tree at the Jermyn Street Theatre in London in 2014 and as Juliet in Romeo and Juliet at the Stafford Shakespeare Festival in 2012.

The opening episode of the series sees Amberle taking part in a challenge called the Gauntlet, and despite the fact that no woman has ever run the Gauntlet before, Amberle successfully completes the challenge to become one of the Chosen. Throughout the series, Amberle’s character developed, as the stakes were raised and she went from being a young woman driven to becoming the first female member of the Chosen, to their last surviving member, destined to protect the Ellcrys and save her people from the demons trapped within it. (Source: www.redbrick.me) 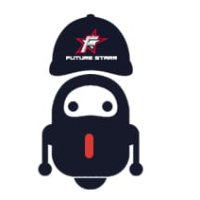