With nearly 94,000 residents, Miami Township is the largest township in west central Ohio. MIAMI and the Township wouldn’t be what they are today without a great list of partners. Lots of thanks to them for working creatively with us.

O'Bannonville received its importance because it was about the midway point between the county seats of Clermont (Williamsburgh) and Warren (Lebanon) on a much-used stagecoach route. The community and O'Bannon Creek took their name from the first surveyor in Clermont County, John 0 'Bannon, from Versailles, Ky., a community he helped begin. Business began to thrive around this halfway stopping point. Cox's Inn attracted most of the travelers. Joshua Cox is said to have settled near Goshen in 1792. Since this area was still in control of the Shawnee Indians, it is more likely he moved to the area after Aug. 3, 1795, when the Treaty of Greeneville, Ohio, was signed that required the Indians to surrender about the southern two-thirds of the present state of Ohio. Regardless, Cox began operation of a mill that also included a distillery that kept his tavern supplied with liquid refreshment. By 1810, O'Bannonville had two blacksmith shops, a wool carding shop, a cobbler, a general store, and a post office. Col. William Ramsey, grandson of the first settler of the area, Col.

Perintown began with the Samuel Perin's purchase of 14 acres along present Round Bottom Road in 1813. Here, along the East Fork of the Little Miami River, Perin built the first saw mill in the area in 1814. In 1817 he built a small gristmill. Thus, the community was originally known as Perin's Mills. In 1824 Perin built a tannery that was managed by Enoch Ross. This brought greater employment and business to the area. A distillery was built near the present intersection of U. S. 50 and Pleasant Hill-Wolfpen Road. Additional sawmills were built that supplied wood for the building of flatboats. The flatboats brought Perintown its fame and fortune. They transported flour, salt pork, lumber, leather, and other products as far as New Orleans. Samuel's son, Ira, operated the overland freight wagons that brought food and other supplies back to Clermont County. Perin's Mills is said to have become, for several years, the largest active market in the area, including Cincinnati. Wheat, corn, barley, rye, and hogs were some of the products. In 1850, the Cahoon family took over the ownership of the mills. Fire destroyed the distillery in 1853 and the gristmill in 1862. In Clermont County, present U. S. 50 was finished in 1806 and was first known as the Anderson State Road; in 1831 it became known as the Milford-Chillicothe Turnpike. Before all this, the Joshua B. Davis stagecoach line came through town. The first railroad came through in 1876 and it was replaced in 1884 by the Cincinnati and Eastern Railroad. The tracks now serve the Norfolk and Southern Railroad. The C & E station was known as the Cahoon Station for the family that owned the property. The station still stands. A traction line, known as the Swing Line, stopped in Perintown from 1910-19. Clermont County's first electrical power station was built near the corner of Binning and Round Bottom roads. It furnished power for the traction lines. To the east of the station was Gravel Beach, a recreation area that was in operation in the early 1900s. Other businessmen moved into town including Mose Elstun, the cabinetmaker, and Samuel Teal, the first blacksmith. Teal was a member of the family of Tealtown Road fame. The first hotel began operation in 1824 under Joseph Cline; it was destroyed by fire in 1965. The first doctor is believed to have been Dr. Williams who arrived in 1835. Samuel Perin built the Methodist Church in 1834, the first church building in town. The present United Methodist Church building was built in 1885 to replace the original that had been destroyed by fire in 1884. Many of the Perins are buried in the cemetery including Capt. Isaac Perin who at 24 years of age died in the explosion of his new sidewheel steamer, Moselle, on Apr. 25, 1838. This tragedy is regarded by many riverboat historians to be the worst river disaster ever. It occurred on the north bank of the Ohio River just upriver from Cincinnati. A two-room schoolhouse was built in 1889 on the NW comer of U.S. 50 and Pleasant Hill-Wolfpen Road. It closed in 1953 to consolidate with the Owensville School District and it was destroyed by fire in 1965. Two stately mansions were demolished in the past 25 years that were of historical significance to Perintown. Samuel Perin's home stood on the SW comer of Round Bottom Road and U. S. 50. (now the site of the United Dairy Farmer store). On the north side of U.S. 52, just west of the United Dairy Farmer's stood the home of Dr. Woodward who had married into the Perin family. His home was built after the Civil War on the site of another home of Samuel Perin. It was demolished in the winter of 1999-2000 to make way for future development. A school building was located in the back of Dr. Woodward's home. (Source: www.miamitwp.org) 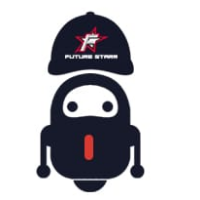