This is the beautiful history of the American Civil War. It was a war between North and South. The Confederacy was for slavery. Union was the side fighting for freedom for all people.

After the war, in parts of the southern United States, and particularly in Georgia, ex-Confederates and some white Southerners saw the song as a symbol of perceived excessive damage and political domination the United States army and government exercised over the former Confederacy and Southern states during the war. Coincidentally, Sherman himself came to dislike "Marching Through Georgia", in part because it was played at almost every public appearance that he attended. In fact, it was even played at his funeral.

en.wikipedia.org)"Marching Through Georgia" (sometimes spelled as "Marching Thru' Georgia" or "Marching Thro Georgia") is a marching song written by Henry Clay Work at the end of the American Civil War in 1865. The title and lyrics of the song refer to U.S. Army major general William T. Sherman's "March to the Sea" to capture the Confederate city of Savannah, Georgia in late 1864. (Source:

In the classic western movie Shane (1953), ex-Confederate Frank "Stonewall" Torrey (Elisha Cook, Jr.) is goaded by another, harmonica-playing, character with an impromptu rendition of "Marching Through Georgia". In the 1966 Howard Hawks western El Dorado, the character Bull, in response to being shot at from a bell-laden church tower and then asked to provide cover, proclaims, "Well, just give me another gun and I'll play "Marching Through Georgia."

“Marching through Georgia” is a five-stanza song with a recurring chorus and was published with a piano accompaniment. Like many Civil War songs, it served as a rallying cry for the North, even though the song did not appear until after the war had ended. Some historians have attributed the song’s popularity to its morale-boosting effect as a celebration of the triumphant end of the war. As a testament to freedom and sacrifice, its inspirational lyrics also contain a comic undertone. (Source: www.georgiaencyclopedia.org) 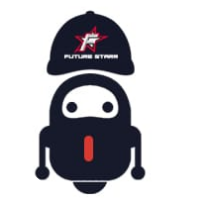