The resume is a vital part of the candidate interviewing process. But spelling and grammar errors can make hiring an unqualified candidate all the more difficult. Total resumés submitted in the US are at an all-time high, but the quantity of resume submissions is still low.

We all have those words that we’ve heard over and over but don’t have the chance to write out all that often. Which can lead to a little bit of confusion when you actually need said word—like handing in your job application with “resume” in big letters on top instead of résumé. Or worse, talking about your résumé and pronouncing it resume the entire time: “As you can see on my re-zoom …”.

There may be a reason in that the final "e" is spoken and not silent as you might normally expect, but that would be giving a new function to the accent mark in the English language. Anyways, there are plenty of heteronyms in the English language, so there should be no reason to fret over "resume" (I don't think there are any contexts in which this could be confused with the other word "resume," which is a verb). The argument between "résumé" and "resume" is about the same as between "café" and "cafe." (Source: painintheenglish.com)

The definition is pretty straightforward, but it can get a little more complicated very fast. Resume is also a spelling variant of résumé when the accent marks are dropped (more on that later). You can thank how the English language adopts some French words for that curveball.

Sometimes when the English language adopts a word from another language, the accent marks stick. Consider the word café, or déjà vu. The accent marks tell French speakers how to pronounce a vowel. That mark over the E in résumé is called an acute accent and signals that it should be pronounced like “ey.” Accent marks also distinguish two different words that are otherwise homographs. (Source: www.dictionary.com)

The word is French. The original spelling is "résumé", and this is the preferred spelling in English as well. However, since no English keyboard has a key with "é" on it (I type it via Alt-130 now) it has become accepted to simply say "resume". "Resumé" is not here not there -- if you know how to achieve the accent-aigue, then type the word correctly with both Es accented, if not, well, then use the un-accented version. The plural is "résumés" (or "resumes", depending on how you prefer to deal with the accents.) It is so both in English and in French.

MarkB, as to leaving out the first accent because YOU (and most English speakers) pronounce the first syllable as "reh-", not "rey-" really misses the point. The FRENCH always spell it with two accents because THEY pronounce it "rey-"! It's a borrowed French word, hence the two accents in English. One of my dictionaries, the oldest, actually lists "rey-" as a proper (not preferred) pronunciation. You might find this interesting, Speedwell, the same dictionary shows accenting the last syllable instead of the first as being correct (not preferred). After all, that is how the French say it. (Source: painintheenglish.com) 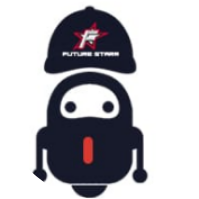