Georgia Bulldogs logos have had a rather unique shape for the last 50 years. This graphical logo is one of the most popular in football. It has an embossed “UG” with a football orbiting around it and Georgia’s name written on a Georgia Bulldog.

The Georgia Bulldogs football program represents the University of Georgia in the sport of American football. The Bulldogs compete in the Football Bowl Subdivision (FBS) of the National Collegiate Athletic Association (NCAA) and the Eastern Division of the Southeastern Conference (SEC). They play their home games at historic Sanford Stadium on the university's Athens, Georgia, campus. Georgia's inaugural season was in 1892. UGA claims three consensus national championships (1942, 1980 and 2021); the AP and Coaches Polls have each voted the Bulldogs the national champion twice (1980 and 2021); Georgia has also been named the National Champion by at least one polling authority in four other seasons (1920, 1927, 1946 and 1968). The Bulldogs have won 15 conference championships, including 13 SEC championships, tied for second-most in conference history, and have appeared in 59 bowl games, tied for second-most all-time. The program has also produced two Heisman Trophy winners, four number-one National Football League (NFL) draft picks, and many winners of other national awards. The team is known for its storied history, unique traditions, and rabid fan base, known as the "Bulldog Nation". Georgia has won over 800 games in their history, placing them 11th all-time in wins and has finished in the Top 10 of the AP Poll 26 times, 13 of which were Top 5 finishes.

The first mention of "Bulldogs" in association with Georgia athletics occurred on November 28, 1901, at the Georgia-Auburn football game played in Atlanta. The Georgia fans had a badge saying "Eat `em Georgia" and a picture of a bulldog tearing a piece of cloth; however, it was not until 1920 that the nickname "Bulldog" was used to describe the athletic teams at the University of Georgia. Traditionally, the choice of a Bulldog as the UGA mascot was attributed to the alma mater of its founder and first president, Abraham Baldwin, who graduated from Yale University. (Source: en.wikipedia.org) 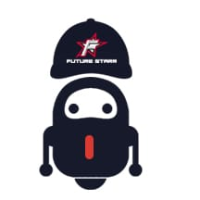