A new and exciting link to the future has dropped on LEGO, with a new and original story line based on Star Wars Rebels. The set will also include exclusive minifigures and a new vehicle.

The build of this is very nice and compact. The color is not even close to that of the Phoenix Home, but I still like it. I wish the engines were blue though. The minifigs are probably the highlights of this set. Ahsoka's details are great. Despite what other people say, the blue lightsaber blades are OK looking, but a really, really, really, LIGHT blue would've been better. Commander Sato's hairpiece is meh. They could've used Ra Al Ghul's hairpiece, with some brownish-gray highlights. I wish they didn't put Agent Kallus. They could've put a rebel trooper instead. I REALLY REALLY wished that LEGO had made a new design and mold for the rebel troopers seen on the Phoenix Home. I hope they make one in the future. Overall, this set is okay, but they could've been done better. Still wish there was a new molded and printed rebel trooper.

Firstly the look of the Pelta-class frigate is interesting for display purposes but is very small for the price. The Ahsoka an maybe commander Sato minifig I recon will be the main appeal for this set. Pros:Very detailed Ahsoka Tano minifig, Commander Sato an Agen Kallus minifigs Cons: Way overpriced!!!Another small ship could be included like a blue A-wing or TIE fighter. Ezra an Chooper minifigs are disappointing. Ahsoka having blue bladed light sabers which is inaccurate as she has white blades. Lego could easily have used a transparent pale white plastic for the blade pieces instead an used a metallic chrome plastic for her curved light saber hilts,not plain grey. Commander Satos minifig could've used the same hair piece as the new Ra's al Ghul minifig from DC superheros which has white printed side burns which Sato's meant to have but doesn't in this set!!! (Source: www.lego.com)

Lego has produced several sets based on the animated series Star Wars Rebels. We find in this range the main ships of the series, like the Ghost and the two versions of the Phantom, an A-wing and a Rebel Frigate. On the Empire side, we find the TIE Advanced of Darth Vader, as well as the TIE Advanced Prototype of the Imperial Inquisitors, and various vehicles from the show.

The Lego Star Wars designers have revealed how they’ve ‘changed strategy’ to get popular minifigures into cheaper and more accessible sets. Lego Star Wars Creative Lead Jens Kronvold Frederiksen explained, “We have changed our strategy a little bit over the years,” and continued, “Where in the past, we often kept some of them – the most important especially – for the higher prices, we are now thinking young kids, maybe newcomers to Star Wars, want to get into it. (Source: en.wikipedia.org) 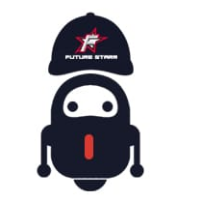