This herbaceous perennial plant is 2-4' tall. It is unbranched, except for a few small flowering stems near the top of the plant. The stout central stem is covered with fine hairs. The opposite leaves are up to 4" long and 2ï¿½" across. They are broadly lanceolate, and either clasp the stem or are sessile. Fine soft hairs cover both the lower and upper sides of the leaves, which are greyish green or bluish green. Their margins are smooth, or have small blunt teeth. The composite flowers develop singly from upper stems, and span about 2ï¿½–4" across. A composite flower consists of numerous yellow disk florets, and 15-30 surrounding yellow ray florets. The central disk of a composite flower is initially brown because of the bracts of the disk florets, but it later turns yellow. The blooming period occurs from late summer to early fall, and lasts about 1-2 months. There is little scent to the flowers. The dark seeds have a shiny surface, but no tufts of hair. The root system is fibrous and rhizomatous. This plant tends to form dense colonies, in part because the root system exudes allelopathic chemicals that inhibit the growth of other species of plants.

The preference is full sun and mesic to dry conditions. Poor soil is preferred, containing sand, clay, or rocky material; this plant also grows readily in rich, loamy soil, in which case it will become taller. A soil with low pH is tolerated. It is best not to water or fertilize this plant, even during a drought, as it will become top heavy while blooming and fall over. Downy Sunflower is easy to grow and not subject to serious problems with foliar disease. It can spread aggressively. The native Downy Sunflower occurs occasionally in the southern half of Illinois, as well as NE Illinois; it is rare or absent elsewhere, especially in NW Illinois (see Distribution Map). Habitats include mesic to dry black soil prairies, sand prairies, clay prairies, thickets, barrens with sparse vegetation, rocky glades, abandoned fields, and areas along roadsides and railroads. This plant tends to occur in high quality habitats.

Primarily bees visit the flowers for nectar or pollen, including bumblebees, Miner bees, large Leaf-Cutting bees, Cuckoo bees, Green Metallic bees, and other Halictid bees. Other occasional insect visitors of the flowers include bee flies and butterflies. The caterpillars of the butterflies Chlosyne nycteis (Silvery Checkerspot) and Chlosyne gorgone (Gorgone Checkerspot) feed on the foliage, while the caterpillars of moths and other insects are known to feed on various parts of this and other sunflowers (see Insect Table). In particular, Haplorhynchites aeneus (Sunflower Head-clipping Weevil), is strongly attracted to Downy Sunflower (Helianthus mollis). The adults of this weevil cause the sunflower heads to droop and eventually fall to the ground, while its larvae feed on the flowerheads. The seeds of sunflowers are popular with various kinds of upland gamebirds and granivorous songbirds. (see Bird Table), especially the American Goldfinch. Among small rodents, the Franklin Ground Squirrel and Thirteen-lined Ground Squirrel also feed on the seeds. Other mammals that feed on the foliage and/or other parts of sunflowers include the Plains Pocket Gopher, White-tailed Rabbit (younger plants), Groundhog, White-tailed Deer, and domesticated livestock. (Source: www.illinoiswildflowers.info) 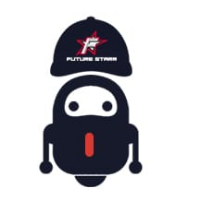