Cicis is a local, on-demand restaurant delivery service that serves just one dish: pizza. Each box comes with a different style of pizza and a pasta entrée. The two types of food are vegetarian and meat, made from organic and non-GMO ingredients, respectively. It’s a healthy, uniquely tailored pizza experiment for people who want to leave their diet decisions up-to-them.

In addition to its current restaurants, in 2010 Cicis announced plans to add another 500 restaurants in the next 10 years (with the possibility of expanding internationally into Canada and Mexico). Cicis has won numerous awards and has also been named one of the top 25 performing brands by The Wall Street Journal and a top 200 franchise concept by Franchise Today. The award for worst restaurant ideas has also been awarded to the pizza chain.

In 2003, Croce retired from the business, and passed ownership of the company to the company's executive team. Craig Moore, who was a general manager in Dallas, became vice president of the company, a position he held for five years before he was named president after the sale. Croce gave 20% of his proceeds to Gateway Church, where he was a member. (Source: en.wikipedia.org)

“We are looking forward to partnering with D&G Investors going forward and ensuring the brand is poised for an extremely bright future,” said Jeff Hetsel, president and COO of Cicis, in a statement. “For more than 35 years, Cicis has held a special place in the hearts, minds and appetites of many Americans and our focus is to ensure our guests keep that connection to our brand for many years to come.”

D&G’s acquisition marks the fourth time Cicis has exchanged hands in less than 20 years. Cicis was purchased in a management buyout by Levine Leichtman Capital Partners in 2003, which then sold the pizza chain to ONCAP Management Partners in 2007. Under ONCAP, CiCis grew to roughly 650 stores in 33 states by 2009. Seven years later, CiCis was purchased by Arlon Food and Agriculture Partners. By then, the footprint had declined to 430 stores. (Source: www.qsrmagazine.com) 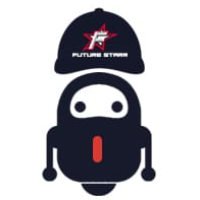