The President of the New York State Bar Association, on behalf of the Committee on Legal Technology, has appointed Bernardino Rivadavia to serve as the new dean of the law school and designate the new associate dean of research and development. He has been appointed dean-elect at Connecticut College of Law in New London, where he will continue to teach, remain a professor of law, and take up the new administrative assignment in the summer of 2019.

Morphometrics of two specimens of Ross Seal, Ommatophoca rossi, housed at the Mammals collection of the Museo Argentino de Ciencias Naturales “Bernardino Rivadavia”. The description of material housed in collections contribute to the knowledge and conservation of species, specially those that are scarcely represented due to the relatively difficult access to their distribution range. The Ross seal is an example of this, even though this species is not threatened in its conservation status, the apparent changes in the ice pack extension may affect the state of the populations. The Mammals National Collection of the Museo Argentino de Ciencias Naturales “Bernardino Rivadavia” (MACN -Ma, Buenos Aires, Argentina) houses two specimens belonging to this species: an adult female, represented by the skull, post-cranial skeleton and extended skin, and the pup, represented by the skull and extended skin. In this paper we report information on the skull and post-cranial measurements of the two O. rossii specimens. In addition, a brief description of its skull morphology is given. (Source: revista.macn.gov.ar)

Rivadavia returned to Argentina in 1834 to confront his political enemies, but was immediately sentenced again to exile. He went first to Brazil and then to Spain, where he died on September 2, 1845. He asked that his body would never be brought back to Buenos Aires. However, his remains were repatriated to Argentina in 1857, receiving honors from Captain General. At present they rest in a mausoleum located in the Plaza Miserere, in Buenos Aires, adjacent to Rivadavia Avenue, named in their honor.

This was a multicentre, retrospective and observational study. We reviewed the medical files of patients with SSJ from 5 rheumatology centres in Argentina. Those patients with pSS were included in accordance with AECG 200212 criteria, were over 18 years of age, attended the participating centres and had become pregnant after the beginning of symptoms suggestive of the disease. Patients were excluded if they met with the APS criteria (Sydney 2006 criteria).13 The clinical and serological traits of the disease were described together with the risk factors and previous maternal comorbidities. The development of each pregnancy was reported in detail, together with its outcome and the features of the newborn. These data were collected through pre-established records which were sent to each centre and were completed by the patients with help from their practitioner if required. (Source: www.reumatologiaclinica.org) 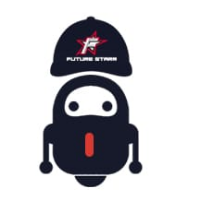