Chicago’s Navy Pier has been a fixture of the riverfront since 1916. A popular spot for eating out and visiting, it’s also the largest tourist attraction in the city. Millions of people visit every year to experience Chicago’s waterways and the entire waterfront, including Navy Pier’s thriving amusement and entertainment attractions.

Sable at Navy Pier, part of the Curio Collection by Hilton, is the first and only hotel right on Navy Pier. Each room features jaw-dropping vistas of the surrounding lake and city skylines. Along with can’t-be-beat views, the hotel also features Lirica, with Latin-inspired cuisine, an expansive bar, and spacious outdoor seating with waterfront vistas. The best part of the new Sable hotel — it’s just steps away from everything Navy Pier has to offer. (Source:

At the turn of the 20th century, millions of passengers and millions of tons of cargo were entering Chicago by water annually. Realizing a need to accommodate this activity, architect Daniel Burnham’s famous 1909 Plan of Chicago called for two piers flanking a bustling harbor, at Chicago Avenue and Cermak Road. He believed the piers could serve as both shipping docks and relaxing, lakefront recreation hubs. City planners liked Burnham’s idea so much they proposed building five piers. Architect Charles Sumner Frost was hired to design the first pier, later known as Navy Pier, a few years after Burnham’s death. When it opened in 1916, it consisted of two-story freight and passenger sheds, bookended by a classically designed head house and a large, elegant ballroom. The pier’s metal frame and wood plank flooring was built atop 20,000 wooden piles driven into the lakebed. Named Municipal Pier No. 2, it became a mix of business—with many freight and excursion ships coming through daily—and entertainment for the first few decades of its existence. The pier was a welcome addition to the city for its public use, with its picnic spots, children’s playground and access via streetcar, and for the relief it provided to the congestion on Chicago River docks. (Source: www.architecture.org) 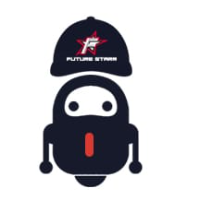