The actor has red hair.He’s a master of the banter. There is no one better of sport with a witty line. And he loves to talk about celebritys and fame. Here’s Michael Rapaport.He’s made a pretty interesting line of characters. He’s starred in some great movies and television series.

Earlier this month, a clip of actor Michael Rapaport on his podcast, “I Am Rapaport” began to make the rounds on High Fashion Twitter. Rapaport’s trash-talking podcast covers everything from sports to popular culture to politics, but it was an unusual place for an actor best-known as self-appointed guardian of New York culture, and the director of a 2011 documentary about A Tribe Called Quest, to wax profane about fashion. And not just any fashion. He was not geeking out about Supreme, Kapital, or any of the other oft-hyped brands beloved by Hollywood fashion fanatics, trendsetting rappers, and basketball’s tunnel fit elite. Instead, the bellicose actor was talking about The Row, the lavishly priced, logo-less brand designed by Ashley and Mary-Kate Olsen. “They got some high end chic shit,” he said, describing it as “classy, low-key” as well as “dope.” He recounted being stopped on the street by someone who asked if his black jacket was from The Row: “It was like some Fight Club shit. I was like, ‘You know?’ He was like, ‘I know.’” (Source: www.gq.com) 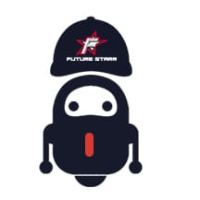