A journalist with a reported net worth of $60 million, Shriver began her career in the late 1970 with NBC News in Chicago. She was co-anchor for NBC's Emmy award-winning coverage of the 1988 Summer Olympics and led coverage of Hurricane Katrina for "Today" as well as President Barack Obama's inauguration.

In her book Ten Things I Wish I'd Known Before I Went Out Into The Real World (2000), Shriver says that she became passionate about broadcast journalism after being sent to the back of the campaign plane with the press corps while volunteering for her father's 1972 U.S. vice presidential race, calling these orders "the best thing that ever happened to me". After her journalism career began with KYW-TV in Philadelphia, Pennsylvania, she co-anchored The CBS Morning News with Forrest Sawyer from August 1985 until August 1986, co-anchored NBC News's Sunday Today from 1987 until 1990. Shriver also served as Saturday anchor 1989 & Sunday 1990 of NBC Nightly News. She was a contributing anchor on Dateline NBC from 1992 until 2004. In August 2003, Shriver took an unpaid leave of absence from NBC News when her husband became a candidate in the 2003 California gubernatorial recall election. (Source:

After Arnold took office, Shriver took on several key initiatives as First Lady, which included raising awareness of the contributions of women to the state, working on practical solutions to end cycles of poverty, and encouraging all Californians to engage in acts of service to their communities. Once Schwarzenegger was elected, Shriver had to cut back on her news reporting to avoid conflicts of interest. (Source: en.wikipedia.org)

The film chronicled the life, accomplishments and vision of her father, Sargent Shriver. Shriver also serves on the advisory board of the Sargent Shriver Peace Institute, which raises public awareness of her father's legacy as a peacebuilder and offers educational and training programs grounded in the principles of public service that motivate the many programs he created, including the Peace Corps, Job Corps, Head Start, and Legal Services for the Poor.

Acclaimed journalist and New York Times bestselling author Maria Shriver is a passionate and purpose-driven leader whose work has fostered change and advanced some of our nation’s most pressing issues. In this powerful and candid program, she shares inspiration, wisdom and encouragement from her moving new book, I've Been Thinking...: Reflections, Prayers, and Meditations for a Meaningful Life. Opening up about her own experiences as a prominent woman juggling myriad professional and personal roles and facing the challenges, stresses and unpredictable moments that come with it, Maria reveals a roadmap for how to move forward in life in a positive and meaningful direction. Sharing tangible lessons and reflections from I’ve Been Thinking…, Maria will leave audiences thinking, feeling, laughing, and emboldened to tackle what lies ahead. (Source: www.harrywalker.com)

Shriver Media is a “For-Benefit, Mission Driven, Media Enterprise.” It was founded by award-winning journalist Maria Shriver to produce documentaries, films, digital series and content that Rises Above the Noise, Ignites social change, Informs our global conversation, Inspires our collective Hearts and Minds, and Moves Humanity Forward. At Shriver Media we believe in the power of media to do good. (Source:

An inspirational leader for our time, Maria Shriver is a force of nature of the highest order — “one who gives back continuously, helping those in need in any way she can” — Maria Shriver is a powerful, passionate, and purpose-driven leader whose work has fostered change and advanced some of our nation’s most pressing issues. A Peabody and Emmy Award-winning journalist and producer, seven-time New York Times bestselling author, NBC News special anchor, and founder of the for-benefit media enterprise Shriver Media, Maria is a trailblazer who serves as an inspiration for others to become "Architects of Change" and make the world a better place. (Source: www.harrywalker.com) 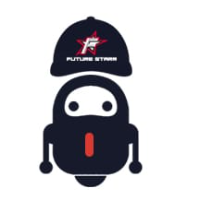