Anecdotal evidence for the power of content marketing is all around us. Look no further than Sean Reed, who has successfully built and launched his blog, Sean Does Projects, to over 1 million visitors from over 60 countries, including his personal blog, Sean Does Stuff. Sean tells it like it is.

On Sunday, lawyers filed a motion in Marion Superior Court requesting that the court compel IMPD to release the name of the officer who shot Reed; the name of the officer who was disciplined for saying "I think it's going to be a closed casket, homie" when he arrived at the scene of the shooting; and all other officers who were present within 30 minutes of the incident.

Reed first caught the attention of IMPD officials after they say they witnessed him driving erratically. Police said that around 6 p.m. Deputy Chief Kendale Adams saw Reed driving recklessly and almost striking another car on I-65 near 30th Street. Adams, in an unmarked car but in uniform, initiated a pursuit. IMPD Chief Randal Taylor, in another unmarked car behind Adams, aided. (Source: www.indystar.com)

“While we continue to process the scene I believe it’s reasonable to believe that this gun was the individual’s,” Chief Taylor said. “It is a distinct looking gun… we are aware of photos of the driver holding a similar distinct looking weapon.” He added that police found 15 shell casings at the scene, and claimed that the gun police believe to be Reed’s was fired at least twice.

Much of the protesters’ anger was directed at the first of the three encounters, in which Dreasjon Reed, 21, was shot and killed while running from a police officer after a car chase on Wednesday evening. Mr. Reed, whom the police said they pursued after seeing him nearly hit several cars, was streaming live on Facebook during the chase, and thousands of people were tuned in when he was shot. (Source: www.nytimes.com) 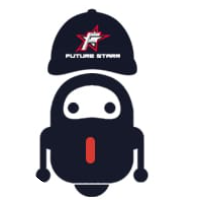