Soto was born Miriam Soto in Brooklyn, New York, where her parents moved to from Puerto Rico in the 1950s. Her parents relocated to Northampton, Massachusetts when she was still just a child. Soto's family was one of the few Puerto Rican families that resided in her neighborhood. She was raised and educated there, but she felt that people were prejudiced against her and she became a loner. Soto landed her first modeling job in 1982, when she was fifteen years old. In 1985, she tried to sign up with the Ford modeling agency, but was rejected because she looked "too" Latina. Soto then went and signed with Click Model Management and headed for Europe. She established herself as one of the top models of the 1980s and was very busy modeling in Italy and France. She appeared on the covers of Vogue, British Elle, British Vogue (Photographed by Lord Snowdon) Mademoiselle, Glamour and Self magazines. She also appeared in her first music video with boyfriend Nick Kamen for Madonna produced "Each Time You Break My Heart" directed by Tony Viramontes. Nick and Talisa were favorites of Ray Petri: the late fashion stylist and creator of the 80's London "Buffalo Boy" look. In 1988, when Soto returned to the United States, she auditioned and landed the role of India in her feature debut, Spike of Bensonhurst, a comedy which starred Sasha Mitchell and Ernest Borgnine. In 1989, she was cast as Lupe Lamora, in the James Bond movie Licence to Kill starring Timothy Dalton and as Maria Rivera in The Mambo Kings.

Soto was born on March 27, 1967, in Brooklyn, New York, USA. Her parents are originally from Puerto Rico. They moved the family from New York to Northampton, Massachusetts, when she was very young. She grew up there along with her three older siblings.

Talisa Soto (born Miriam Soto on March 27, 1967, Brooklyn, New York, USA) is an American model and actress of Puerto Rican descent. She played the part of Princess Kitana in both Mortal Kombat and Mortal Kombat: Annihilation. She stands at about 5 feet 10 inches. (Source: mortalkombat.fandom.com)

Highly attractive model-turned-actress, Talisa Soto was born in Brooklyn, New York, and raised in Northampton, Massachusetts, but admittedly retains the Puerto Rican accent of her household. Soto walked into modeling when she was 15, working in Italy as well as for British VOGUE out of Paris. Despite a successful modeling career that saw her land the covers of Vogue, Glamour and Mademoiselle, among others, she yearned to act. Returned to States, her break came as India, the Puerto Rican girlfriend, in "Spike in Bensonhurst" (1988). The next year, she was Bond Girl Lupe Lamora in "License to Kill." TV work followed, including the USA network movie "Silhouette" (1990) and the HBO anthology, "Prison Stories: Women Behind Bars" (1991), in which Soto's dramatic skills were on display. Although she had supporting parts in the films "The Mambo Kings" (1992) and the direct-to-video "Hostage" (also 1992), Soto continued to try her hand at TV in the series "Harts of the West" (CBS, 1993-94). In the latter, she was featured as the granddaughter of a Native American owner of the town's general store. (Source: www.rottentomatoes.com) 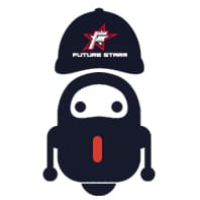