McNary, Dave (15 September 2020). "'Succession' Actor Sarah Snook to Star in Jane Austen Adaptation 'Persuasion'". Variety. Retrieved 20 November 2020. “It’s brilliant. When I saw that on the page, I was like, ‘Yes!’ ” says Sarah Snook, the Australian actress who plays Shiv. Specifically, she explains, this scene involves the character wreaking vengeance on her brother Kendall (Jeremy Strong) by spritzing his daily planner in saliva after he’s done something awful—exactly what, she won’t say. But the gesture showcases one of the big themes of Succession, which chronicles the Roy family’s struggle to retain control of their conglomerate, Waystar Royco: Billionaires are as petty as the rest of us. “I love that there are these big decisions [the family] make on the macro level, affecting the global business,” she says. “But when you get down to it, it’s just siblings being siblings and spitting.”

For now, Snook is far from all that, enjoying being a newlywed, taking long walks with her husband and meeting the local wildlife; they recently introduced themselves to the “resident wombat” and a family of kangaroos who live on her property. She was supposed to star in a new adaptation of the Jane Austen novel Persuasion, but it was canceled after Netflix announced a competing production. Snook says this was a blessing: It would have meant shooting in London, and she’s enjoying nesting at home. But with Melbourne currently in its sixth lockdown, it’s impossible to have furniture delivered, let alone get a contractor to enter the house. (Source: www.townandcountrymag.com)

) is an Australian actress. She is known for her starring roles in films such as Sisters of War (2010), Not Suitable for Children (2012), These Final Hours (2013), Predestination (2014), The Dressmaker (2015), Steve Jobs (2015), and Pieces of a Woman (2020). She also starred as Anna Ivan in the ABC TV drama series The Beautiful Lie (2015), based on Leo Tolstoy’s novel Anna Karenina. For her performance in Predestination, she won the AACTA Award for Best Actress in a Leading Role. (Source: en.wikipedia.org)

Recognizing at a young age that she loved acting, Snook attended a high school with a strong performing arts program and, upon graduating, was accepted by the prestigious National Institute of Dramatic Art, in Sydney. After completing her studies, she began working regularly in her native country and winning two AACTA Awards, Australia’s version of the Oscars. Predestination, a 2014 sci-fi film in which she starred opposite Ethan Hawke, marked Snook’s first international production. Although the movie flopped at the box office, Snook’s performance as a transgender time traveler put her on the radar of Hollywood casting directors. The following year Snook appeared in back-to-back films alongside Kate Winslet, first in the Australian period piece The Dressmaker and then in Danny Boyle’s Steve Jobs biopic as no-nonsense Apple publicist Andrea Cunningham. 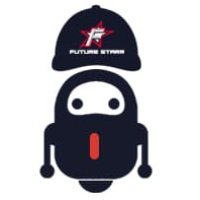