For many of his early years in Hollywood, Michael Chiklis says he was typecast as the "roly poly affable guy" in roles that helped to build his resume but kept him wanting more. Once he embodied the role of antihero Vic Mackey in FX's The Shield, a whole new world opened for the Emmy-winning actor. "I've had a pretty interesting and amazing time in this business," says Chiklis, who debuts this month in the CBS All Access drama Coyote. "I'm 57 but I feel like my best work is in front of me. I'm excited about it, and I'm grateful that I'm still here." (Source: ew.com)

Distinct and intense, actor Michael Chiklis spent years on the cusp of stardom before finally exploding onto the cultural landscape playing corrupt LAPD detective Vic Mackey on the hardcore cop drama, "The Shield" (FX, 2002-08). Prior to his portrayal of the reprehensible, but doggedly loyal Mackey, Chiklis bounced around episodic television and small features - including his first feature film "Wired" (1989), the controversial telling of comic John Belushi's tailspin into drugs up to his ultimately death. When he was only in his late twenties, Chiklis was cast as "The Commish" (ABC, 1991-95) on the likable cop drama about the chief of police in a New York state town who often solves his crimes in an unorthodox manner. While established as a bona fide, Emmy-winning television star on "The Shield," self-professed comic book fan Chiklis sought feature stardom by playing Ben Grimm/The Thing in "The Fantastic Four" (2005) and the sequel "Fantastic Four: Rise of the Silver Surfer" (2007). Despite high-profile recognition in a summer popcorn movie, Chiklis was long revered for his turn as Vic Mackey, one of the most complicated and fascinating characters to have ever been created for series television. (Source: www.rottentomatoes.com)

After undergoing a physical transformation by spending three hours a day at the gym, Chiklis and his wife Michelle started writing a movie about a successful Florida detective who had "more lawsuits for police brutality against him than anybody else in Dade County." As if on cue, that's when he heard from creator Shawn Ryan about playing the antihero detective Vic Mackey for the FX drama. "I don't care if you call it Kismet. We put this thing out in the world and then all of it sudden it appears in a form that was so much better than what I could have ever written. It was clearly the most life-altering career situation for me, in terms of everything coming together." Chiklis won an Emmy after his first season on the drama. (Source: ew.com)

In this CBS All Access series, Chiklis plays a border patrol agent who ends up working for the very people he spent a career trying to keep out of the U.S. "People who enjoyed The Shield will definitely enjoy this," he promises. "He is absolutely not Vic Mackey. He's a very different character for sure. But I don't really call him a hero, either. This is a guy who is essentially trying to rewrite his own epitaph. He's made some horrible decisions and mistakes in his life and he knows it." The drama, originally developed for Paramount, was in the midst of shooting its seventh episode in Mexico when the pandemic forced production to shut down. "We weren't able to go back so it was decided this is what we have to go with for the first season, which I'm extremely proud of," says Chiklis. "Hopefully people will feel the same way about it and we'll be able to do some more." (Source: ew.com) 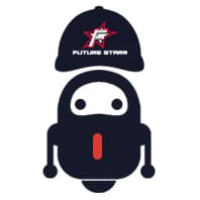