Margo Cathleen Harshman is an American actress who portrayed the character of ‘Tawny Dean’ in the original Disney comedy series ‘Even Stevens’. She reprised the role in the movie adaptation of the show, ‘The Even Stevens Movie,’ as well. She was nominated in two separate categories at the Young Artist Awards for her work in the show and the film. Margo Harshman also appeared in a lead role in the sitcom ‘Run of the House’. She played the role of ‘Alex Jensen’, the secretary of ‘Sheldon Cooper’ (one of the lead characters, played by Jim Parsons) in the sitcom ‘The Big Bang Theory’. Her other notable works include shows like ‘Bent’, ‘Betas’, and ‘NCIS,’ in which she played ‘Delilah Fielding’. Apart from finding success in the film ‘The Even Stevens Movie’, Harshman has also appeared in a number of other films where she mostly had supporting roles.Margo Harshman was exposed to the glamour world at a very young age. Her grandmother put her in a beauty pageant when she was just two years old, and a year later, she started learning dancing and gymnastics. She also joined acting classes and started learning piano as a young girl. Harshman appeared in a few films even before entering her teenage, but it took her a few more years to finally get a regular role. Her first notable role came in 2000 when she made her debut on television as ‘Tawny Dean’ in the comedy show ‘Even Stevens’. The show aired on the Disney channel between 2000 and 2003, and Harshman appeared in 47 episodes in that time period. She was nominated at the Young Artist Awards for the Best Performance in a TV Movie, Miniseries or Special - Supporting Young Actress. In the penultimate year of the show, it was announced that the makers will come up with a film based on the show. She appeared along with the original cast in the film which also earned her another nomination at the Young Artist Awards.

NCIS is an American action police procedural television series, revolving around a fictional team of special agents from the Naval Criminal Investigative Service. The concept and characters were initially introduced in two episodes of the CBS series JAG (season eight episodes 20 and 21: "Ice Queen" and "Meltdown"). The show, a spin-off from JAG, premiered on September 23, 2003, on CBS. To date it has entered into the seventeenth full season and has gone into broadcast syndication on the USA Network. Donald P. Bellisario and Don McGill are co-creators and executive producers of the premiere member of the NCIS franchise. As of 2020, it is the second-longest-running scripted, non-animated U.S. primetime TV series currently airing, surpassed only by Law & Order: Special Victims Unit (1999–present), and is the 7th-longest-running scripted U.S. primetime TV series overall. 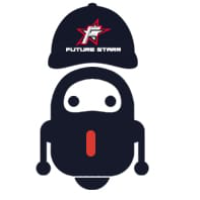