Music has always been one of Marano's first loves. She is an established singer songwriter who has written over 100 songs with some of today's biggest writers and is a classically trained pianist. She most recently dropped her single "ME" on Friday, October 5th as a follow up to her hit debut single "Boombox." The music video for Boomboox has over 61 million views, making her one of the Top 10 Emerging Artists on Vevo for 2016. Next, Marano will release "Not Today" which was written by Mitch Allan and Justin Gamella in January and her full EP in March 2019. Laura has performed on "The Today Show," the "Radio Disney Music Awards" and People Magazine Summer Concert Series as well as numerous radio shows and concerts. She has a social following of over 12 million and will next be seen starring in the movie "The Stand In" with Noah Centineo and Camila Mendes.Laura Marano was a child actress whose career continued to flourish into her teens. Her first recurring role came on the mystery series "Without a Trace," which began in 2003 and was followed by guest spots on numerous other shows, including the drama "Ghost Whisperer" and the supernatural "Joan of Arcadia." After "Without a Trace" ended in 2006, Marano continued working on TV, appearing in the dark comedy "Dexter" and making an appearance in the comedy feature "Superbad." Marano also memorably played a younger version of Sarah Silverman on "The Sarah Silverman Program" and beginning in 2011 earned a co-starring role on the sitcom "Austin & Ally."

Best known for portraying teenaged songwriter Ally Dawson on the Disney Channel sitcom Austin & Ally, Laura Marano is an actress and singer who began performing publicly via local theater at the age of five. The Los Angeles native soon earned work in national commercials, followed by television spots on series such as Joan of Arcadia, Without a Trace, and Dexter. In the meantime, she made her feature film debut in 2005's The Jacket, in which she played a young version of Keira Knightley's character, and netted her first role as a TV series regular in 2007's Back to You starring Kelsey Grammer and Patricia Heaton. Marano continued a busy schedule of film and especially television work up to her landing the lead on Austin & Ally in 2011, as well as during its run, which ended in early 2016. Her time with the series included appearances with her co-star Ross Lynch on the music releases Austin & Ally, Austin & Alley: Turn It Up, and Austin & Ally: Take It from the Top. She was also featured on collections such as Songs from the Sarah Silverman Program: From Our Rears to your Ears! and Disney Channel: Play It Loud. (Source: music.apple.com) 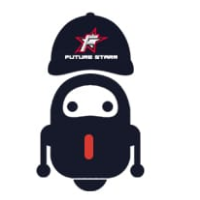