A tall, dark-haired, handsome and magnetic performer, Hamish Linklater worked extensively on stage, convincingly portraying a vast array of characters before making his first entries into film and television in 2000. The son of esteemed dramatic vocal trainer Kristin Linklater, the young performer was raised among the theater community, taking supporting roles in Shakespeare & Company productions beginning from age nine and making his professional starring debut playing Tom Sawyer in a 1996 production of "The Adventures of Huckleberry Finn" at Kentucky's Actors Theatre of Louisville. He went on to amass credits in The Acting Company's 1998 productions of "Romeo and Juliet" and "Love's Fire," an anthology of plays staged in New York and London. For the remainder of 1998, Linklater could be seen on the West Coast, portraying an opportunistic gravedigger in "Hydriotaphia or The Death of Dr. Browne" for the Berkeley Repertory Group. After a stint Off-Broadway in the dysfunctional family portrait "The Chemistry of Change" (1999), Linklater returned to California, where he had featured roles in the Shakespeare classics "Measure for Measure" and "A Midsummer Night's Dream," both directed by Peter Hall at Los Angeles' Ahmanson Theater. The 1999-2000 season saw the actor take on the role of Laertes in the Bard's "Hamlet" in a New York Shakespeare Festival production starring Liev Schreiber. Linklater stood out in this production, putting a decidedly sexually charged spin on his portrayal of the doomed avenger.

Over the course of the next several years, Hamish Linklater’s career saw a steady rise with both television and movie appearances. In 2012, he was seen in the film ‘Battleship.’ His next movie, titled ‘42’ (2013), was a biopic on Jackie Robinson; Linklater’s effortless portrayal of Ralph Branca, who was the pitcher for Brooklyn Dodgers, was highly appreciated. On the television front, his fans got to see him in ‘Law & Order: Special Victims Unit’ (2012), ‘The Newsroom’ (2013), ‘The Crazy Ones’ (2013-14), and ‘Fargo’ (2017). (Source: www.thefamouspeople.com)

Linklater will soon be seen in Mike Flanagan’s Netflix horror series, Midnight Mass. The award-winning actor has also appeared on the TV side in Tell Me Your Secrets, Legion, Fargo, The Crazy Ones, The Newsroom, The Good Wife, The Big C, The New Adventures of Old Christine and more. He’s previously appeared in films including Brie Larson’s Unicorn Store, Adam McKay’s Oscar winner The Big Short, Phil Alden Robinson’s The Angriest Man in Brooklyn, Brian Helgeland’s Jackie Robinson biopic 42 and Tim Story’s Fantastic Four, among other titles. (Source: deadline.com)

The New Adventures of Old Christine (often shortened to simply Old Christine) is an American sitcom television series starring Julia Louis-Dreyfus as Christine Campbell, a divorced mother doing her best to keep pace with those around her. Clark Gregg co-starred as her ex-husband Richard, with whom Christine maintains a close relationship despite their divorce, as well as Hamish Linklater as her brother Matthew and Wanda Sykes as her best friend, Barb. It ran on CBS from March 13, 2006 to May 12, 2010. (Source: www.bing.com) 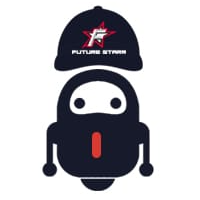