Mackay: The Black-Bearded Bible Man had its world premier on 27 November 2008 at Taiwan's National Theater and ran through 30 November. The large cast featured Thomas Meglioranza (baritone) as George Mackay, Chen Mei-Lin (soprano) as Mackay's wife Tiuâ¿ Chhang-miâ, and Choi Seung-Jin (tenor) as Giâm Chheng-hoâ, Mackay's first disciple and follower in Taiwan. Chien Wen-Pin, a native of Taipei, conducted the National Symphony Orchestra (Taiwan). Lukas Hemleb directed the stage production. George Mackay is known in Taiwan for his performances of the Gospel of Matthew. He helped to discover the Gospel of Luke, wrote an incomplete Gospel of.

Having grown up in London, MacKay has been acting professionally since the age of 11, when a talent scout visited his school (he attended the west London independent school The Harrodian) and cast him in 2003’s Peter Pan. There followed a bumpy few years – he was rejected from drama schools Rada and Lamda – but he found his feet again in 2013 when he played Saoirse Ronan’s cousin/lover in How I Live Now (the pair reportedly dated in real life for a while, too) and starred in Dexter Fletcher’s jukebox musical Sunshine on Leith. He’s been working solidly ever since, diligently choosing roles – like that of closeted teenager Joe in 2014’s Pride – that broaden his perspective on the world. He is clearly intensely thoughtful, in both conversation and in his career. But that didn’t stop him from unwittingly, and with the best of intentions, walking into a firestorm.Right now, MacKay is shooting a Sam Mendes-directed First World War film, alongside a cast that includes Benedict Cumberbatch and Colin Firth. But before that, he tells me, his last five jobs were directed by women. That includes Claire McCarthy’s Ophelia, a reimagining of Hamlet starring Star Wars’ Daisy Ridley. MacKay plays Hamlet, which ordinarily would mean taking centre-stage, but this time the focus is on the tragic heroine, so mistreated and underserved in Shakespeare’s original.

George MacKay was born 13 March, 1992 in Hammersmith, London, England, to Kim Baker, a British costume designer, and Paul Christopher MacKay, an Australian stage/lighting manager, from Adelaide. One of his grandmothers is from Cork, Ireland. At the age of ten, George was scouted to audition for a role in the family feature, Peter Pan (2003). He quickly landed the part of Curly, one of the Lost Boys, and went on to have several minor roles on TV, including an episode of Rose and Maloney (2002) and Footprints in the Snow (2005). At thirteen, George landed the part of Riccio in the film adaptation of Cornelia Funke's best-selling children's novel, The Thief Lord (2006), starring Aaron Taylor-Johnson, and was also cast in lead role for the BBC adaptation of Terry Pratchett's Johnny and the Bomb (2006). George worked with Tim Roth, Chiwetel Ejiofor and Sophie Okonedo for the HBO Movie Tsunami: The Aftermath (2006) and later took a part in the Dikensian drama, The Old Curiosity Shop (2007). Soon after, George co-starred with Daniel Craig and Liev Schreiber on Defiance (2008). In 2009, George took on the role of Harry, in The Boys Are Back (2009) alongside Clive Owen, for which he received 2 award nominations. His career took another step forward with Hunky Dory (2011). Since, George has featured in several shorts which have been popular on the festival circuit and played the part of Tommo Peaceful with counterpart Jack O'Connell in the adaptation of Michael Morpurgo's Private Peaceful (2012). 2013 was George's breakthrough year, and was recognized for his parts as Aaron in For Those in Peril (2013), Davy in the musical Sunshine on Leith (2013), Jake Whittam in Breakfast with Jonny Wilkinson (2013) and the dark horse Eddie in How I Live Now (2013). George received several nominations and for such features and later bought home a total of 5 awards. George had a stint in the West End in 2014 in The Cement Garden. He portrayed Joe in the well-received Pride (2014) and Duane Hopkins' Bypass (2014) premiered at the BFI London Film Festival in October. Both Captain Fantastic and Sadie Jones' The Outcast (2015) are in post-production and George will be returning to theatre for Eugene O'Neill's 'Ah,Wilderness!' this April. In 2016, George starred in the film Captain Fantastic (2016), opposite Viggo Mortensen, and the mini-series 11.22.63 (2016), with James Franco and Sarah Gadon. He rounded out the decade playing the starring role in Sam Mendes' 1917 (2019), a box office hit and highly critically-acclaimed drama set during World War I and shot to simulate a single take in real time. 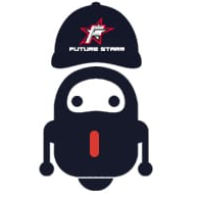