The rising prices at the supermarket checkout are a problem with no simple explanation. But Democratic hopes may depend on finding the right answer. I believed I was unsuited to the job he was offering me. I had no connection to the Bush campaign or the Bush family. I had no experience in government and little of political campaigns. I had not written a speech for anyone other than myself. And I had been only a moderately enthusiastic supporter of George W. Bush … I strongly doubted he was the right man for the job.)It's human nature to assess difficult questions, not on the merits, but on our feelings about the different 'teams' that form around different answers. To cite a painful personal experience: During the decision-making about the Iraq war, I was powerfully swayed by the fact that the proposed invasion of Iraq was supported by those who had been most right about the Cold War—and was most bitterly opposed by those who had been wrongest about the Cold War. Yet in the end, it is not teams that matter. It is results. As Queen Victoria's first prime minister bitterly quipped after a policy fiasco: 'What wise men had promised has not happened. What the damned fools predicted has actually come to pass.'" (Source:

He is also the author of What's Right (1996) and How We Got Here (2000), a history of the 1970s, which "framed the 1970s in the shadow of World War II and Vietnam, suggesting, 'The turmoil of the 1970s should be understood … as the rebellion of an unmilitary people against institutions and laws formed by a century of war and the preparation for war.'" (Source: en.wikipedia.org)

In January 2003 Frum released The Right Man: The Surprise Presidency of George W. Bush, the first insider account of the Bush presidency. As the title suggests, Frum also discussed how the events of September 11, 2001 redefined the country and the president: "George W. Bush was hardly the obvious man for the job. But by a very strange fate, he turned out to be, of all unlikely things, the right man." His book An End to Evil was co-written with Richard Perle. It provided a defense of the 2003 invasion of Iraq, and advocated regime change in Iran and Syria. It called for a tougher policy toward North Korea, and a tougher US stance against Saudi Arabia and other Islamic nations in order to "win the war on terror" (from the book's subtitle). (Source: en.wikipedia.org)

In a September 2011 article, Tablet Magazine wrote: "as the Tea Party has come to dominate the GOP, Frum has been transformed in a remarkably short period of time from right-wing royalty to apostate" and quoted him as saying: "There's a style and a sensibility in the Republican Party right now that I find myself removed from, [but] you can do more good for the country by working for a better Republican Party than by leaving it to the extremists. What have they done to deserve that inheritance?" (Source: en.wikipedia.org)

Writing for New York magazine in November 2011, Frum described his reaction to fellow Republicans, who had distanced themselves from him, saying, "Some of my Republican friends ask if I've gone crazy. I say: Look in the mirror." He described the development of an "alternative reality" within which the party, conservative think-tanks, and right wing commentators operate from a set of lies about the economy and nonexistent threats to their traditional base of supporters. He expressed concern over the inability of moderate Republicans to criticize their conservative brethren, contrasting this to the 1960s split between moderate Ripon Republicans and conservative Goldwater Republicans, when moderates such as Michigan governor George Romney were publicly critical of the conservatives. (Source: en.wikipedia.org)

In 2001-2002, he served as special assistant and speechwriter to President George W. Bush during and after the 9/11 attacks on the United States. A recognized intellectual leader of the American conservative movement, Frum is the author of nine books, including Dead Right (1994), The Right Man (2003), Comeback: Conservatism That Can Win Again (2007), How We Got Here: The 70’s, The Decade That Brought You Modern Life, for Better or Worse (2008), Patriots: A Novel (2012), and, most recently, Trumpocracy: The Corruption of the American Republic (2018). He is currently at work on a book about renewing American world leadership after the Trump presidency. (Source: www.americanacademy.de) 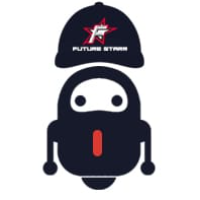