A porcelain-faced brunette with a winning smile, Annabeth Gish weathered the transition from child actor to adult with grace and style. Portraying Julia Roberts' responsible sister Kat Arujo in "Mystic Pizza" (1988) while still in high school, Gish went on to appear in a number of films and television series. Most notably, the versatile actress portrayed Special Agent Reyes on the final two seasons of "The X-Files" (FOX, 1993-2002) before appearing in the film adaptation of the popular novel, "The Celestine Prophecy" (2006) and the Showtime original series "Brotherhood" (2006-08). Born Anne Elizabeth Gish on March 13, 1971 in Albuquerque, NM, this striking brunette moved with her family to Cedar Falls, IA at the age of two. Her parents were both teachers; her father Robert was an English professor at the University of Northern Iowa, her mother Judy taught at Malcolm Price Laboratory School. Performing in community theater productions throughout her childhood, Gish began her professional acting career at the age of eight by appearing in a number of commercials. She made her screen debut at the age of 13 in the film "Desert Bloom" (1986) opposite Jon Voight, a performance which earned the young actress critical praise from film critic Roger Ebert. Also that year, Gish made her television debut in the ABC TV movie "Hero in the Family" (1986). While still in high school, Gish starred in the films "Hiding Out" (1987) alongside Jon Cryer, "Mystic Pizza" (1988), which helped launch costar Julia Roberts' career into the stratosphere, and the 60's-era "Shag" (1989) with Phoebe Cates and Bridget Fonda. Gish also appeared in her first leading role in "When He's Not a Stranger" (CBS, 1989) portraying a college freshman victimized by acquaintance rape. Gish went on to graduate from Cedar Falls' Northern University High School in 1989. In addition to acting, Gish took time to focus on her academic career and attended Duke University. Studying English as well as theater, she graduated summa cum laude in 1993 with a BA in English. After college, Gish appeared in the NBC TV movie "Silent Cries" (1993), delivering a gritty portrayal of a young woman interned by the Japanese during World War II, and as Anne Hampton in the laughable "Gone With the Wind" sequel, "Scarlett" (CBS, 1994). Gish also landed roles in Lawrence Kasdan's western "Wyatt Earp" (1994), Oliver Stone's "Nixon" (1995), and the ensemble comedies "The Last Supper" (1995) and "Beautiful Girls" (1996) alongside Timothy Hutton. Making her television series debut in 1995, Gish portrayed a young lawyer on the short-lived drama "Courthouse" (CBS, 1995) opposite Patricia Wettig. Next, Gish starred in a number of television movies; she appeared in "Don't Look Back" (1996) alongside Eric Stoltz, "What Love Sees" (1996), and the western "True Women" (1997) opposite Angelina Jolie and Dana Delaney. Gish soon landed supporting roles in the edgy comedy "SLC Punk" (1998) and the Ashley Judd thriller "Double Jeopardy" (1999). After the departure of series star David Duchovny (Agent Mulder) in 2000, Gish joined the cast of the cult sci-fi series "The X-Files." Portraying Special Agent Monica Reyes in the series' final two seasons, Gish was brought in along with Robert Patrick in an effort to boost ratings for the show and give Agent Scully (Gillian Anderson) someone to bounce stuff off of, in lieu of Agent Mulder. Though Gish and Patrick gave nuanced performances on the series, audiences missed the Mulder-Scully chemistry and back-story. As ratings fell, the series came to an end in 2002. Receiving positive exposure on "The X-Files", Gish went on to appear in an episode of "CSI: Miami" (CBS, 2002-12) and in a recurring role on Emmy Award-winning drama "The West Wing" (NBC) as President Bartlett's eldest daughter, Elizabeth Bartlett Westin. Gish also appeared in the independent comedy "Knots" (2004) with John Stamos and the TV movie "Detective" (2005) opposite Tom Berenger and Cybil Shepherd. In 2006, Gish landed a role in the film adaptation of "The Celestine Prophecy," portraying the role of Julia. Also that year, Gish continued to deliver solid work, appearing in the creepy Stephen King miniseries "Desperation" (ABC, 2006) alongside Tom Skerritt and Steven Weber, as well as the Showtime original series, "Brotherhood" (2006-08) portraying the wife of an Irish-American politician. Gish's next major TV work came in the chilling miniseries "Bag of Bones" (2011), a Stephen King adaptation in which she played the late wife of a best-selling novelist (Pierce Brosnan). This was followed by a recurring role on the high school mystery drama "Pretty Little Liars" (ABC Family 2010-17) as Dr. Anne Sullivan. On "The Bridge" (FX 2013-14), Gish played rancher's wife Charlotte Millwright, who uncovered some shocking truths about her husband following his sudden death.

Though actress Annabeth Gish is not, as has frequently been reported, related to silent-film legend Lillian Gish (she is decidedly not the never-married Lillian's granddaughter!), Annabeth does have one thing in common with her famous namesake: she began acting at a very early age, and achieved film stardom before she was 20. Born in Albuquerque, Annabeth moved to Cedar Falls, Iowa, when her college-professor dad accepted a position there. From age eight onward, Gish was active in local community and children's theatre; by the time she was 11, she was a professional model. Her first film appearance was in 1986's Desert Bloom, in which, as a troubled preteen plagued by family squabbles and nuclear testing, she all but stole the show. Gish's career went into Drive when she starred in the cult favorite Mystic Pizza, though when the film is now shown on television, the supporting appearance of Julia Roberts is the focus of ad-campaign attention. A most attractive young lady, Gish scored as one of four beautiful vacationing teens in 1988's Shag (her screen chums were Phoebe Cates, Bridget Fonda and Paige Hannah). In 1993, Annabeth Gish briefly interrupted her film career to earn a BA in English; within a year, she was back at work in the theatrical film Wyatt Earp and the made-for-TV Scarlet. In 1997, Gish appeared alongside Angelina Jolie and Dana Delaney for a starring role in the TV movie True Women; however, she would find more significant success on the small screen in 2001, when she joined the cast of The X-Files to play feisty FBI Agent Monica Reyes. Gish and Robert Patrick effectively became the lead characters during the show's 8th and 9th seasons, though ratings indicated that their onscreen chemistry couldn't compete with that of Duchnovy and Anderson, who had become beloved as the characters of Mulder and Scully. In 2006, Gish took on the starring role of Eileen Caffee in Brotherhood, a drama from Showtime, and joined the cast of A&E's TV miniseries Stephen King's Bag of Bones in 2011, and played a therapist with demons of her own in ABC's Pretty Little Liars the same year. (Source: www.fandango.com) 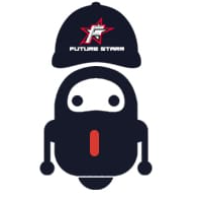