A savory summertime Tomato Pie made by layering tomatoes slices, basil onion and a cheese spread into a pie crust and baking it until golden and bubbly. This is the perfect recipe for using up your excess fresh garden tomatoes!

How to Make Tomato Pie:

Start by pre-baking your pie shell for a few minutes. I highly suggest using a homemade pie crust for this recipe, not just because it tastes better, but because it will not brown as quickly as a store-bought crust. (Source: tastesbetterfromscratch.com)

What Kind of Tomatoes Should I Use for Tomato Pie?

To make tomato pie, I recommend using Roma tomatoes. Roma tomatoes are a more firm tomato that are not as juicy and don’t contain as much liquid as other tomatoes. This is important because if your tomatoes contain a lot of liquid, they can cause your crust to get soggy. That being said, you can be successful making this recipe with any type of garden tomato. (Source: tastesbetterfromscratch.com)

Can You Freeze Tomato Pie?

While freezing tomato pie is possible, I would have to discourage you from doing this. The tomatoes make the crust soggy and the topping on this recipe contains mayonnaise, which doesn’t freeze well. However, you can use a frozen pie crust to make tomato pie! See my perfect pie crust recipe for tips for freezing and blind-baking (pre-baking) your pie crust! (Source: tastesbetterfromscratch.com)

therecipecritic.com)Filled with a cheddar cheese mixture layered in between thick slices of summer tomatoes makes this The Best Tomato Pie. There’s no better way to close out summer than making this delicious southern recipe. (Source:

Which Tomatoes Are Best for Tomato Pie?

Can I Use a Store-Bought Pie Crust?

Yes! If you’re short on time or just don’t want to hassle with making a crust then a store-bought crust will work just as well. There is one trick I always like to use though, and that’s to double up the crust. Purchase a dough that comes with two shells and layer one right on top of the other in your pie dish. This makes for an extra thick crust.

Slice the tomatoes to about 1/4-inch in thickness and arrange them in a single layer on a paper towel-lined baking sheet. Coat the tomatoes in salt and cover again with another layer of paper towels. Let sit for 10 minutes. 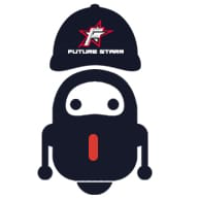