This week, Chicago Opera Theater drops its in-concert production of Carmen - the one already earning proper buzz. Star American mezzo Jamie Barton takes on the title role; and instead of the usual tenorial tones of a leading man, Don José will be sung by even-bigger-star mezzo Stephanie Blythe, in her drag alter ego, Blythely Oratonio. (Source: www.schmopera.com)

How Does This Story Change by Having Blythely Oratonio Rather Than a Traditional Don José?

Barton: “Having Blythely Oratonio in as Don José undoubtedly adds a new layer of psychology to the story. And I’m really happy to see this aspect being toyed with! Opera has always been a gender-bending art form, so why not open that door wider to welcome the world we live in now, which includes a variety of gender identities? I personally think it’s really interesting to explore the fact that the patriarchy negatively affects us all, no matter our gender identity or whether we buy into the patriarchal narrative.

What Is Something About Carmen’s Character That You Feel Is Often Misunderstood?

Yankovskaya: “Highly problematic interpretations of the piece seen throughout the last 150 years have often painted Carmen as an evil seductress, who has taken advantage of an innocent young man and lured him into her trap. In actuality, Carmen is written as an idealistic, independent young girl, who makes it clear from the start that Don José has full choice of whether to join her, and that her own feelings may change at any moment. Whenever he seems wary of the circumstances, she offers him a way out–it is Don José who continually fails to move on, and who eventually destroys her through his own narcissism and jealousy.” (Source: www.schmopera.com) 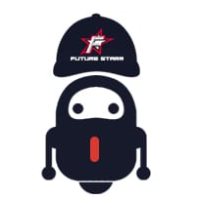