You want a resulting temperature of 165°F for the white meat (breast) and 165°F to 170°F for the dark meat (thighs and legs). The temperature of the bird will continue to rise once you take it out of the oven, so take the turkey out of the oven when the temperature reading for the breast is 155°F to 160°F, and for the thigh is 160°F to 165°F. If you don't have a meat thermometer, spear the breast with a knife. The turkey juices should be clear, not pink. After the final 40 minutes, remove the turkey from the oven. Pierce the thickest part of the leg with a skewer then press the skewer against the leg to see if the juices run clear without any trace of pink – if the juices are clear, the turkey is cooked. You can also give the legs a little tweak – if they feel like they've got some 'give' in them, then the turkey is done. Cover it loosely with foil and allow it to rest for about 45 minutes before serving – it will be fine at kitchen temperature.Lift cheesecloth out of liquid, and squeeze it slightly, leaving it very damp. Spread it evenly over the breast and about halfway down the sides of the turkey; it can cover some of the leg area. Place turkey, legs first, in oven. Cook for 30 minutes. Using a pastry brush, baste cheesecloth and exposed parts of turkey with butter and wine. Reduce oven temperature to 350 degrees and continue to cook for 2 1/2 more hours, basting every 30 minutes and watching pan juices; if the pan gets too full, spoon out juices, reserving them for gravy.

Then, for that turkey flavor you sacrifice by not stuffing the bird, add stock and bits of crispy fried turkey skin to your dressing. (Take scraps of skin from the bird. If they are fatty, throw them into a dry pan, or else add a slick of oil, and fry over medium heat until well browned. Salt immediately after frying.) You can also add any diced cooked turkey gizzards and shredded neck meat that you used for stock, along with the turkey liver, sautéed in butter and diced. Just don’t forget to make a vegetarian version if necessary. Stuffing slows down roasting, so if your recipe calls for an unstuffed bird, add at least 30 minutes onto the cooking time (more if it’s a bigger bird). Take the temperature of the stuffing before pulling your turkey out of the oven. Both turkey and stuffing must reach 165 degrees. If the turkey is done but the stuffing isn’t — a likely scenario — take the turkey out of the oven to rest, transfer the stuffing to a casserole dish and put it back in the oven until it reaches the proper temperature. Do not leave the turkey in the oven while the stuffing catches up, temperature-wise; the bird could easily overcook in those extra minutes.

For all the attention we lavish on Thanksgiving turkeys, the truth is more work does not necessarily yield a better bird. That's right: You can skip brining, stuffing, trussing and basting. Instead of a messy wet brine, use a dry rub (well, technically a dry brine) — a salt and pepper massage that locks in moisture and seasons the flesh. No stuffing or trussing allows the bird to cook more quickly, with the white and dark meat finishing closer to the same time. And if you oil but don’t baste your turkey, you’ll get crisp skin without constantly opening the oven.The Turkey Farmers of Canada recommend that consumers check with their manufacturer as to how much faster and hotter their oven might be compared to a conventional oven. Generally speaking, convection oven cooking temperatures should be 25-50°F (3.9-10°C) lower than conventional oven temperatures to prevent overbrowning due to surface drying. Convection cooking does typically cause greater moisture loss in turkey. (Source: canadianturkey.ca) 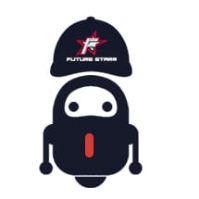