A delicious chocolate cake baked in a reusable and easy-to-clean Bundt pan.Comes topped with chocolate frosting, chocolate chips and a sprinkle of powdered sugar.

Make cake: Preheat oven to 350°. Grease a 12-cup bundt pan with cooking spray. In a large bowl using a hand mixer (or in the bowl of a stand mixer), beat together butter and sugar until light and fluffy. Add eggs one at a time, beating well after each addition. Add vanilla and almond extracts and mix until combined.

Because no one’s diet should stand between them and dessert. Since the recipe is egg- and dairy-free and calls for vegan semisweet chocolate chips, it’s just the compromise for your plant-based dinner guests. (Source: www.purewow.com)

A Bundt cake (/bÊŒnt/) is a cake that is baked in a Bundt pan, shaping it into a distinctive doughnut shape. The shape is inspired by a traditional European cake known as Gugelhupf, but Bundt cakes are not generally associated with any single recipe. The style of mold in North America was popularized in the 1950s and 1960s, after cookware manufacturer Nordic Ware trademarked the name "Bundt" and began producing Bundt pans from cast aluminum. Publicity from Pillsbury saw the cakes gain widespread popularity.

Bundt cakes do not conform to any single recipe; instead, their characterizing feature is their shape. A Bundt pan generally has fluted or grooved sides, but its most defining design element is the central tube or "chimney" which leaves a cylindrical hole through the center of the cake. The design means that more of the mixture touches the surface of the pan than in a simple round pan, helping to provide faster and more even heat distribution during baking. (Source: en.wikipedia.org) 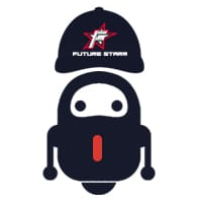