Do you know someone who's not hungry anymore? Well, that person is probably addicted to our African food recipes, which include nutritious and delicious dishes like Aluboi, Adza, and Jollof Rice. (Doesn’t that sound great? !

Sadza in Shona (isitshwala in isiNdebele, pap in South Africa, or nsima in the Chichewa language of Malawi), Ugali in East Africa, is a cooked cornmeal that is the staple food in Zimbabwe and other parts of southern and eastern Africa. This food is cooked widely in other countries of the region.A common dish in Eritrea, Ethiopia, Sudan and the region, and is generally served for breakfast. Believed to be an import from Sudan, it is made by slowly cooking fava beans in water that are then crushed into a paste, which is then served alongside a diverse variety of foods. It is typically eaten without the aid of utensils accompanied with a bread roll. It is popular during the Ramadan season and Lent.A traditional South African food, also known by other names such as "muise", "vlermuise" and "pofadder". The dish is lamb's liver wrapped in netvet (caul fat), which is the fatty membrane that surrounds the kidneys. Most cooks mince the liver, add coriander, chopped onion, salt and Worcestershire sauce then wrap balls of this mixture with the netvet and secure it with a toothpick. The balls, approximately 80mm in diameter, are normally grilled over an open charcoal fire and ready when the fat is crisp.

The main ingredients are plantains, cassava, rice, kwanga (cassava dumpling) and yam. Fufu-like starchy foods are usually made from fermented cassava roots, but they can also be made with plantain, corn maize and yam. Fufu is served buffet style with grilled meat, fish, stews, greens and piment . A variety of local ingredients are used while preparing other dishes like spinach stew cooked with tomato, peppers, chillis, onions, and peanut butter.Most of the North African countries have several similar dishes, sometimes almost the same dish with a different name (the Moroccan tangia and the Tunisian coucha are both essentially the same dish, a meat stew prepared in an urn and cooked overnight in a public oven), sometimes with a slight change in ingredients and cooking style. To add to the confusion, two completely different dishes may also share the same name (for example, a tajine dish is a slow-cooked stew in Morocco, whereas the Tunisian tajine is a baked omelette/quiche-like dish). There are noticeable differences between the cooking styles of different nations, from the sophisticated, full-bodied flavors of Moroccan palace cookery to the fiery dishes of Tunisian cuisine and the humbler, simpler cuisines of Egypt and Algeria.The local cuisine and recipes of West Africa continue to remain deeply entrenched in the local customs and traditions, with ingredients like native rice (Oryza glaberrima), rice, fonio, millet, sorghum, Bambara groundnuts and Hausa groundnuts, black-eyed peas, brown beans, and root vegetables such as yams, cocoyams, sweet potatoes, and cassava. Cooking techniques include roasting, baking, boiling, frying, mashing, and spicing. A range of sweets and savories are also prepared. (Source: en.wikipedia.org) 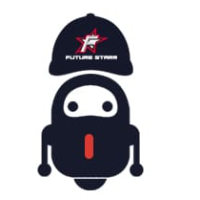