According to MMA Junkie’s, John Morgan, MMA manager, Ali Abdelaziz allegedly slapped Dillon Danis backstage at UFC 268 on Saturday in New York City. The report is allegedly corroborated by multiple witnesses with who Morgan spoke to on-site. Danis was reportedly escorted out of the building following the confrontation.

Dillon Danis is a Brazilian jiu jitsu black belt under Marcelo Garcia, being part of a fruitful generation of grapplers produced by the well respected Alliance New York academy head coach. Danis became a BJJ fan household name after his 2014 brown belt run, through his eye-pleasing performances in some of jiu jitsu’s hardest tournaments, where he showcased a forward moving style which recognition in the sport. In 2016 Danis’ accomplishments led Irish mixed martial arts (MMA) fighter and Ultimate Fighting Championship (UFC) star Conor McGregor to hire his services in the capacity of grappling coach ahead of UFC 202 ‘Diaz vs. McGregor 2’ event.

Danis was not a strong teenager at the time, who (by his own admission) couldn’t do one single push-up. To make matters worse, his fellow jiu-jitsu classmates were all adults. To help his own development in grappling, Dillon added wrestling to his workload, training at Parsippany Hills with coach Jason Lodato. (Source: www.bjjheroes.com)

Danis went through the jiu-jitsu belt system at Jamie Cruz’ academy, adding trips to Marcelo Garcia’s academy in New York from the age of 17. When Dillon turned 19, and with the sole purpose of becoming a professional jiu-jitsu athlete, he decided to move to New York and train full-time at Marcelo Garcia’s academy. His hard work and dedication paid off with wins at the sport’s most prestigious tournaments in 2014, these wins earned Danis his black belt on April 13, 2015. (Source: www.bjjheroes.com)

"I was backstage and then I saw tons of security and then, from what I heard, Dillon Danis, and this guy's just an idiot, he's a clout chaser who's trying to get famous, he doesn't fight, he sneaked past security somehow... and got in Ali Abdelaziz's face... came in all aggressive like he was gonna do something and then Ali was like, 'F**k!' He thought he [Dillon Danis] was gonna attack him and he gave him a good slap," said Michael Bisping. (Source: www.sportskeeda.com)

Dillon Danis could have been the innocent party in Saturday night’s controversy. This debacle isn’t the first time that Abdelaziz has got physical at an event. At PFL 7 in October 2019, the Egyptian slapped Anthony Pettis’ manager Abe Kawa. Footage also leaked in 2019 of a run-in with his client’s biggest rival, Colby Covington. (Source: www.sporf.com) 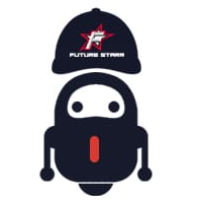