Veronica Rodriguez is the Editorial Director of Marketing Strategy at Markerly. Her specialties include content marketing, targeting marketing leads, using marketing data for predictive marketing insights, and marketing automation solutions. She has storyte... Jeremy Bross Jeremy Bross is a designer at Markerly, where he develops creative projects as well as stats.

Veronica Rodriquez may not be a main cast member on 90 Day Fiance: Before the 90 Days, but she’s made an impact nonetheless. Veronica was featured on the third season of the show when her ex-fiance, Tim Malcolm began dating a woman in Colombia. Although Veronica and Tim have been broken up for some time, they are still great friends who spend a lot of time together to co-parent their child. Despite sometimes seeming jealous of Tim’s new relationship, Veronica continued to be a strong support system as Tim found himself going through ups and downs. Now a regular on 90 Day Fiance: Pillow Talk, fans can’t get enough of Veronica’s sly comments and sarcastic sense of humor. Keep reading for 10 things you didn’t know about Veronica Rodriguez. (Source: tvovermind.com)

For this native of Madrid, Spain, Theatre and Education are the two passions of her life. With a strong academic background in the study of languages and literatures, and thorough training as a theatre practitioner, she has sought to create the space in which her two passions could converge. She found that the classroom offers a natural stage to integrate both: in her pedagogical vision, the classroom–or learning environment—becomes a performative space where each student is invited to take on the leading role in their own learning process. (Source: www.bu.edu)

I am a Research Scientist in the Energy Geosciences Division of the Earth and Environmental Sciences Area at Lawrence Berkeley Lab. I obtained a Bachelor Degree in Geology from the Autonomous University of Barcelona (Spain) and a joint M.Sc. Degree in Applied Geophysics from TU Delft (Netherlands), ETH Zurich (Switzerland), and RWTH Aachen (Germany). In 2018, I received a PhD from the University of Cambridge (United Kingdom) in which I investigated the spatio-temporal evolution of a large sedimentary basin in northeast Brazil by means of seismic imaging, subsidence analysis through well-log information and gravity modeling. I joined LBNL in 2018 as a postdoctoral researcher, to work in the application of fiber-optic sensing for near-surface imaging. 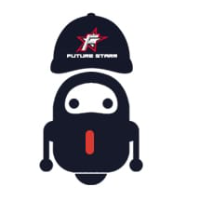