The QB-turned-CBS announcer can recreate some legendary throwing motions just from memory.

Who Will Chase O-Linemen in the Draft? a Look at Teams in Need

We're tantalizingly close to the draft, and it's almost time for teams in need of fresh faces on the offensive line to add some fresh talent. Nick Shook looks at a few teams in need before the draft.

Have Browns, Texans Given up on Garoppolo Trade?

Will the Browns or Texans make a run at Jimmy Garoppolo before the end of the 2017 draft? Will the Patriots change their stance on Tom Brady's backup? NFL Network Insider Ian Rapoport weighs in. Does Siemian Have Upper Hand on Paxton Lynch?

Broncos coach Vance Joseph has preached an open competition at quarterback this offseason. Is there reason to believe Trevor Siemian have the upper hand on Paxton Lynch? (Source:

With the draft three weeks away, teams might already be laying the groundwork for potential draft day trades. Chad Reuter's forecast calls for teams moving up to land QBs. (Source: www.nfl.com)

How Talented Was Tony Romo As a High School Basketball Player?

What If ... the Cowboys Drafted Randy Moss? | Alternate Nfl Reality

Step into an alternate universe where the Dallas Cowboys don't pass on Randy Moss in the 1998 NFL Draft! See what happens to Bill Belichick, the Patriots' Dynasty, Aaron Rodgers, and more in this Alternate NFL Reality. (Source: www.nfl.com)

Former Dallas Cowboys quarterback Tony Romo talks about his draft day and how he made the best of his opportunity. 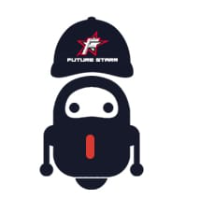