It might not seem like it, but the hard work and dedication these players put in every day is paying off. It was a tough start, but they are looking to build up the baseball program in this region. Using a little bit of faith, the team is looking to the future with high hopes.

“Omaha is canceled,” Hennon recalled of messages he saw that spring day. “As a college baseball player, that’s what you shoot for, that’s your dream to play in Omaha. Here, going from being on the field practicing for the next game, the next series, to all of a sudden hearing, hey, our season is over, there wasn’t a lot of talk. It was just a lot of staring at each other.”

Hennon was reflecting back at an occasion when he’s normally looking ahead to the upcoming college baseball season. He was the main speaker at Georgia Southern University’s monthly Savannah Alumni Network Lunch at the Carey Hilliard’s Restaurant on Abercorn Street. Hennon, who was interviewed after the event, said he’s been coming to Savannah for these preseason appearances since starting the job in 1999. (Source: www.savannahnow.com)

Honoree Victor Roache came to Georgia Southern from Ypsilanti, Michigan, and played outfield while lettering from 2010-12. An imposing physical presence in the middle of the Eagle lineup, Roache had one of the greatest single seasons in Eagle history. In 2011, Roache set both Eagle and Southern Conference records by smacking 30 home runs. His 84 RBIs in 2011 rank third in the Eagle record books and his .778 slugging percentage ranks fifth for a season. His performance helped the Eagles claim the 2011 SoCon Tournament Title and an appearance in the NCAA Columbia Regional. 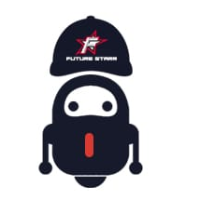