Simon Parkes is a presenter on The Food Programme on BBC Radio 4, and won the Glenfiddich Award for Radio in 2004 for his program Bombay Lunchboxes. Simon also writes for The Calcutta Telegraph and the BBC Good Food magazine, and has spent a year living in Calcutta, reporting on food for BBC Radio 4. Udit Sarkhel has four London restaurants: Calcutta Notebook, Sarkhel’s Indian Cuisine (awarded a Bib Gourmand by Michelin), Sarkhels of East Sheen, and Dalchini. He has been classed as one of the top five chefs in Britain by Waitrose Food Monthly. (Source:

Simon Parkes (born 1968) was a British leading seaman in the Royal Navy who went missing in Gibraltar in 1986. Parkes was serving aboard HMS Illustrious when he disappeared whilst on shore leave in the dependency. In 2001, Parkes' disappearance gained renewed interest when it was noted that convicted murderer Allan Grimson also worked on Illustrious at the same time. (Source: en.wikipedia.org)

Deliberate disappearance or AWOL (absent without leave) were originally suspected, with authorities pressing their emphasis on looking for a person, not a body. Parkes had left his passport, all his possessions and Christmas presents behind on the ship with his family later saying that he had written a letter telling them that he would be home for Christmas. Shipmates later confirmed that Parkes was looking forward to going home for Christmas

Parkes had gone ashore with his shipmates on the 12 December and was last seen at the Horseshoe Bar after telling friends that he was going to get something to eat. Someone fitting his description was seen at the Hole in the Wall pub, part of the Fleet Pavilion (which was hosting a Naval function). The witnesses also state that the person appeared to be drunk. (Source: en.wikipedia.org) 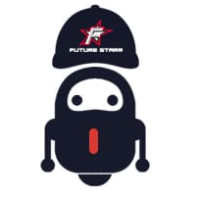