is an American actress and comedian. She is known for her numerous television roles, such as starring as Dr. Linda Martin in Lucifer and as a guest star on TV shows such as Sister, Sister, Reno 911!, New Girl, Suits and The Good Wife. (Source: en.wikipedia.org)

Many viewers first came to know Rachel Harris when she was a correspondent on the comedy-news program "The Daily Show" (Comedy Central, 1996-) from 2002 to 2003. Born in Worthington, Ohio in 1968, Harris graduated from Otterbein College in 1989 with a bachelor of fine arts degree. She soon moved to Los Angeles where she quickly became involved with the famous Groundlings comedy troupe, performing with the group and eventually teaching classes to newcomers as she auditioned for on-screen roles. Harris' TV debut came when she made an appearance on an episode of the series "SeaQuest 2032" (NBC, 1993-96) in 1993. She would steadily find work over the next few years, playing a small role in the film "The Disappearance of Kevin Johnson" (1996), landing a recurring role as Simone on the family sitcom "Sister, Sister" (ABC, 1994-99), and even making a tiny but hilarious appearance in the Christopher Guest comedy "Best in Show" (2000). When Harris began putting her Groundlings training to use on the hugely popular "Daily Show" however, she quickly found a much wider audience for her endeavors. Soon, she was popping up in the comedy "Daddy Day Care" (2003) and appearing on the acclaimed series "Curb Your Enthusiasm" (HBO, 2000-), in addition to taking on the long-recurring role of Debbie Dangle on the series "Reno 911!" (Comedy Central, 2003-09). Harris memorably co-starred with Kirstie Alley in the cult hit series "Fat Actress" (Showtime, 2005) and played the significantly more prominent role of Mary Pat Hooligan in another Christopher Guest movie, "For Your Consideration" (2006). She also continued to make cameo appearances, along with others from the comedy community, in movies like "Kicking and Screaming" (2005) and "Evan Almighty" (2007) throughout the 2000s. Harris' next big break undoubtedly came in 2009, when she portrayed Melissa, the hard-nosed girlfriend of Ed Helms' Stu in the comedy blockbuster "The Hangover" (2009). Following that movie's major success, she played the main character's mother in the kids movie "Diary of a Wimpy Kid" (2010) before doing an about-face, taking on the poignant role of a recent widow struggling to understand her identity in the independent drama "Natural Selection" (2011). Not long after, Harris took on the recurring role of Sheila Sazs on the popular series "Suits" (USA, 2011-). She continued to appear in the role, even after becoming a main cast member on the fantasy series "Lucifer" (Fox, 2015-), playing the therapist to the devil himself. (Source: www.rottentomatoes.com)

After a Recent Divorce, “lucifer” Star Rachael Harris Is Reclaiming Her Life

Rachael Harris has starred in numerous TV roles on shows like “Sister, Sister,” “Reno 911!,” and “The Good Wife.” Her latest role on the Netflix series “Lucifer” is also a fan favorite. She opens up about the hit series and how divorce has allowed her to become the best version of herself in a sit-down with Tamron Hall. (Source: tamronhallshow.com)

Rachael Harris on Surrogacy, Single Parenting and Becoming 'strong' As Divorce Is Finalized

The Lucifer star opens up for the first time about conceiving sons Henry, 4, and Otto, 2 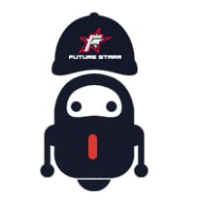