Picnic is the first full-length collaboration between Kansas City’s Ryan Loecker (aka mdo, co-founder of the C Minus label) and Melbourne, Australia’s Justin Cantrell (aka ju ca, founder of the Daisart label). Loecker came a little late to the Midwestern scene, releasing his first music in 2016 and forming C Minus in 2017. But the communal spirit of Secret Musik lives on in Picnic, which doubles as an international ambient summit welcoming Australia’s Daisart into the fold. Heavy on guest features and bundled with more than 80 minutes of remixes, both on the digital album and the limited-edition Bonus CD, Picnic is a celebration of ambient music as a social phenomenon. (Source:

pitchfork.com)The vinyl version of Picnic runs eight tracks and 41 minutes, including a remix of C Minus co-founder Pil’s “Plush Hooves.” Cantrell’s solo output is typically heavier on percussion than Loecker’s, and the two artists’ music can be thought of respectively in terms of solids and liquids (or gases). But Picnic delights in the way these materials interact. “Bunnyville” is built around what sounds like a bundle of necklaces being untangled, around which all manner of soupy effects slosh and swish. “Drops in the Water,” a collaboration with Detroit artist Theodore Cale Schafer, is permeated with fiery crackles that emerge from a deep, droning house chord. There’s an appealing sense of grit throughout Picnic, suggesting sediment flowing downstream or embers leaping from a bonfire. (Source:

Favorite spot to spread out a picnic blanket this summer:I’ve already snapped up a bunch of Turkish T fringed roundies, and can’t wait to spend our summer weekends on Sullivan’s Island with our babies in tow. (S))Moon Picnic in Sweden at the Lake - & a delicious Rhubarb-Lingonberry-Cake with Meringue #modelagem, #MODA #búzios #turismo #férias #travel #tripe #seguros #summer #verão #gastronoimia 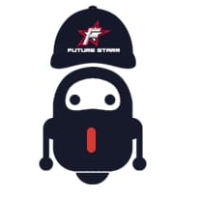