Mireille Enos (/mÉªÉ™ËˆreÉª ËˆiËnÉ™s/; born September 22, 1975) is an American actress. Drawn to acting from a young age, she graduated in performing arts from Brigham Young University, where she was awarded the Irene Ryan Acting Scholarship. Having made her acting debut in the 1994 television film Without Consent, she has since received nominations for a Tony Award, a Golden Globe Award, and an Emmy Award.

An intense presence, Mireille Enos worked steadily as a character actress on television while building an acclaimed theatrical career. Nominated for a Tony opposite Kathleen Turner in the Broadway revival of "Who's Afraid of Virginia Woolf?" in 2005, Enos achieved under-the-radar fame for her constant string of TV guest spots, including turns on "Medium" (NBC, 2005-09; CBS, 2009-2011) and "Law & Order: Criminal Intent" (NBC, 2001-07; USA Network, 2007-2011), but earned more attention for her long-running stint as twin sisters on the polygamy drama "Big Love" (HBO, 2006-2011) as well as her 2008 marriage to character actor Alan Ruck. Her mainstream breakthrough came as the introspective, ultra-focused homicide detective Sarah Linden on "The Killing" (AMC 2011-13; Netflix, 2014). The stylish, dark adaptation of the Danish murder mystery electrified pop-culture fans, with critics and audiences hailing Enos' groundbreaking performance as one of the series' most powerful assets. Serious-minded and dedicated to her craft, Enos consistently proved herself an actress of immense substance and depth. (Source: www.rottentomatoes.com)

Mireille Enos was born in Houston, Texas, to Monique, a teacher, and Jon Goree Enos. Her Texas-born American father, and French mother, met while her father was serving on a Mission for the Church of Jesus Christ of Latter Day Saints. She is the fourth of five children and grew up in Houston, Texas, where, following in her older siblings footsteps, she attended The High School for the Performing and Visual Arts. She then went to Brigham Young University. She spent ten years living in New York City during which time she was nominated for a Tony Award for her portrayal of "Honey" in Edward Albee's "Who's Afraid of Virginia Woolf?". She is now married to actor Alan Ruck.

Marie Mireille Enos is an actress from America known for her portrayal of Sarah Linden in the AMC crime-drama ‘The Killing’. A Missouri native, Enos graduated with a degree in performing arts from Brigham Young University. She made her screen debut in the telefilm ‘Without Consent’, portraying the role of Naomi. A few years later, she debuted on the big screen in the romantic comedy ‘Someone Like You’. She later played the recurring role of twin sisters JoDean Marquart and Kathy Marquart in HBO’s ‘Big Love’. In 2005, she portrayed the role of Honey in a Broadway production of ‘Who's Afraid of Virginia Woolf?’, earning a Tony nomination for her performance. She began portraying Sarah Linden in ‘The Killing’ in 2011, and it proved to be her breakout role. Since then, she has worked with Brad Pitt in ‘World War Z’ and Colin Firth and Reese Witherspoon in ‘Devil’s Knot’.

Married for eight years, Enos and Ruck have two children together (Source: people.com) 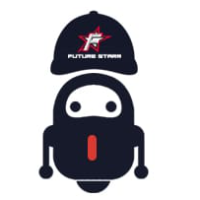