Born Lee Grinner Pace on March 25, 1979 in Chickasha, Oklahoma, he was the eldest of three children by oil company engineer James Roy Pace and his schoolteacher wife, Charlotte. His father's profession required Pace to relocate numerous times throughout his childhood, and he spent several years in the Middle East before the family settled in Houston, Texas. There, Pace began performing with the city's esteemed Alley Theater while still a student at Klein High School, and briefly dropped out to appear more frequently in productions. After completing his school requirements in 1997, Pace was accepted to the Jullliard School's Drama Division, from which he graduated with a Bachelor of Fine Arts degree. From there, he landed roles in Off-Broadway plays before making his television debut in a 2002 episode of "Law & Order: Special Victims Unit" (NBC, 1999- ). The following year, Pace earned his breakout role as a transgender woman who becomes romantically involved with an Army private in the award-winning drama "Soldier's Girl" (Showtime 2003). The role, which required Pace to don considerable prosthetic makeup while also navigating the complex relationship between his character, a real-life transgender cabaret performer, and the soldier who was murdered by his fellow soldiers for his sexual orientation. Pace received critical acclaim for his performance, as well as Golden Globe and Satellite Award nominations. He then segued to series regular work on "Wonderfalls" (Fox 2012), producer Bryan Fuller's eclectic fantasy-drama, which became a critical favorite but an immediate casualty due to low ratings. He then segued into a series of high-profile feature projects, including the James Ivory-directed "White Countess" (2005) and Douglas McGrath's "Infamous" (2006), which cast him as the doomed murderer Dick Hickok, whose crimes served as the basis for Truman Capote's In Cold Blood. Pace reunited with Fuller for another low-rated cult favorite fantasy, "Pushing Daisies" (ABC 2007-09), in which he played the lead role of Ned, a baker who learns he has the ability to bring the dead back to life. He returned to TV with "Halt and Catch Fire" (AMC 2014- ), a dramatic period piece about the rise of the personal computing industry.

Anyone who follows actor Lee Pace on Instagram knows that he likes to capture special moments in his life and career. But what you might not know is that when he truly wants to mark something unique, he uses a film camera to do it. (Source: variety.com)

Lee Grinner Pace (born March 25, 1979) is an American actor. He is known for starring as Thranduil the Elvenking in The Hobbit trilogy and as Joe MacMillan in the AMC period drama television series Halt and Catch Fire. He has also appeared in the Marvel Cinematic Universe as Ronan the Accuser, a role he first played in Guardians of the Galaxy and reprised in Captain Marvel. He received an Emmy Award nomination for his portrayal of Ned in the ABC comedy-drama Pushing Daisies. From 2021, he stars as the galactic emperor Brother Day in the TV series adaptation of Isaac Asi 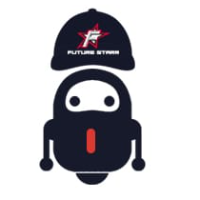