The talented 55-year-old actor, whose films such as The Invisible and War of the Worlds make him a favorite among sci-fi and action films, will be seen in films such as the sci-fi flick Summer Night and the musical comedy Bang Bang Baby in the upcoming year. Chatwin also starred in films such as Dragonball: Evolution and Shameless in 2009, and in films such as Chumscrubber and Unleashed in 2014.

He is a Canadian actor of film and television. He began his career in 2001 with a brief appearance in the musical comedy Josie and the Pussycats, and had his breakthrough role as the son of Tom Cruise's character in the blockbuster War of the Worlds (2005). Chatwin's first leading roles in studio films came with The Invisible (2007), as well playing Goku in Dragonball Evolution (2009), which is based on the Japanese manga franchise Dragon Ball. In the 2010s, Chatwin acted mostly in independent films. He starred as rock star idol Bobby Shore in the surreal sci-fi musical Bang Bang Baby (2014), which earned him a Canadian Screen Awards nomination for Best Supporting Actor, and appeared in the romantic comedy Unleashed (2016), and drama Summer Night (2019). (Source: en.wikipedia.org)

www.rottentomatoes.com)As the rebellious and aloof Robbie, the son of Tom Cruise's Ray in 2005's "War of the Worlds," Justin Chatwin managed to hold his own with the Hollywood big leagues: the aforementioned Cruise as well as director Steve Spielberg (that's not to mention scene stealer Dakota Fanning, who played his sister). Estranged from his father, and then driven to a near-suicidal decision to join the fight against deadly alien forces, Chatwin conveyed a personal story amid the special effects and thunderous roar of one of that summer's biggest films. He followed the high profile movie that year with the part of Billy in the quirky and memorable "Chumscrubber." 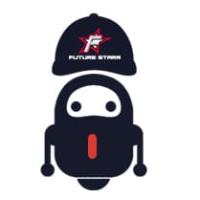